Pickup artist: Santa Barbara shooter wanted to kill 'blonde sluts' because he was a feminist 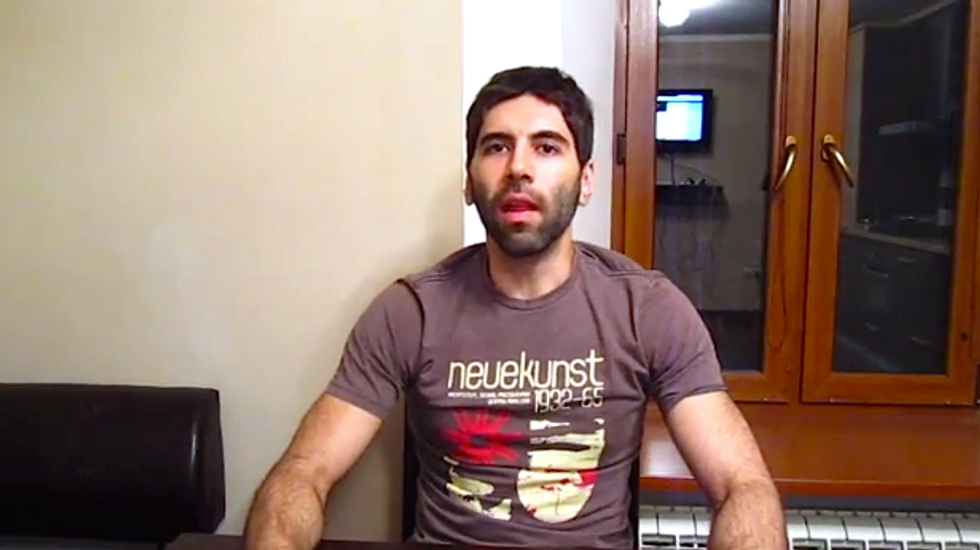 After blaming women and liberals for causing the fatal shootings of seven people last week at the University of California, Santa Barbara, a self-described pickup artist blamed the gunman’s supposedly feminist beliefs.

Roosh V, the pseudonymous antifeminist blogger, relies on an absurd argument to make his claim that gunman Elliot Rodger shared some of the same viewpoints as feminists, so he must therefore have been one himself.

"I have logically come to the conclusion that Rodger was in fact the first male feminist mass murderer that we have seen in America,” said Roosh V, who also goes by Roosh Vorek and whose given name is Daryush Valizade.

Vorek accurately points out that Rodger, like feminists, hated men who have “game,” as pickup artists and those who profit off selling that lifestyle to other anxious men describe their interactions with women, and alpha males – which Vorek apparently considers himself.

Rodger, who also wounded seven in his deadly rampage, did indeed express bitter resentment toward those types of men, but Vorek doesn’t consider that the 22-year-old killer seethed in rage because he was not considered an alpha male with game.

The gunman was an active participant in the PUA Hate online community, which nurses grudges against pickup artists and other misogynistic hucksters, and Vorek was deeply disappointed that a freelance writer placed his ilk just lightly below those hateful lurkers.

“Feminist rage is so deep and emotional against game that they have supported a forum with ‘hate’ in the title that cultivated and gave comfort to a mass murderer,” Vorek wrote, complaining that the writer did not take his criticism seriously enough on social media.

Vorek conceded that he, like Rodger, wishes to have sex with “beautiful women” and has a functioning penis, but he insisted the similarities end there.

“Both Rodger and feminists feel the only way to get what they want out of life is not self-improvement, but attacking others they disagree with,” said Vorek, who frequently derides his feminist critics as overweight, unattractive, and obsessed with social media.

“Their shared ideology is one of destruction,” the blogger continued. “We have to wonder if Rodger would have eventually participated in any feminist event like SlutWalks to right the world of fantasy injustices that prevent them from being seen as beautiful, marvelous, gentlemanly, and so on.”

Vorek claimed the gunman, who vowed in a video made before the shootings to “slaughter every blonde slut” he saw, differed little from the “white knights” who “enable” feminists.

“If you inserted him in feminist company, he would be the glove to their chubby bear claw fingers,” Vorek said. “His personality is wholly compatible with how feminists believe men should behave: servile and wimpy while never taking real action on their sexual desires.”

The writer’s previous post on the shooting spree suggested that similar killings would follow unless society – specifically, women – provided men with more “sexual options,” and upon further consideration he again blamed women for future mass killings.

“I’m afraid that if the feminist ideology contained within Rodger’s head is allowed to continue spreading, we are likely to see more violent acts by men who believe in the exact same things that feminists do,” Vorek said.

Volek blames both female action and inaction for past and future mass killings, and he argues that Rodger might not have been a virgin if he had tried pickup artist tactics.

“In spite of all the loneliness and pain that Rodger went through, he still couldn’t be bothered to lift one finger to improve his station,” Volek said, pointing out that his own books suggest men approach at least 100 women to try out the methods he sells.

“In Rodger’s manifesto, all 140 pages of it, he details only saying ‘Hi’ to one girl and practically running away from fear,” Volek said, using jargon from his literature to criticize the effort. “That’s not game anywhere in the game universe, and if he came to us saying that he has yet to get laid after putting such an half-assed attempt, we’d tell him to do 10 solid approaches the following day and stop whining like an entitled child.”

Watch this video on male motivation posted online by roosh4:

Infowars host and chief conspiracy theorist Alex Jones warned on Sunday's show that "foaming-at-the-mouth Black people" would wage war on white populations after they flee "race-specific bioweapons" attacks in Africa later this decade. Jones issued these racist predictions while declaring himself a "vessel" of God.

"They intend on making the world so hellish in the build-up to 2030 that everybody will just 'wink, wink' when they release the race-specific bioweapons starting with Africa that are gonna wipe that continent absolutely out. And you'll be under such invasion from the refugees of the economic warfare in Africa that you will quietly, while you're playing cards with your buddies say, 'well, it had to be done.' And when you go along with that metaphysically, spiritually, culturally, the devil's got your soul," said Jones.