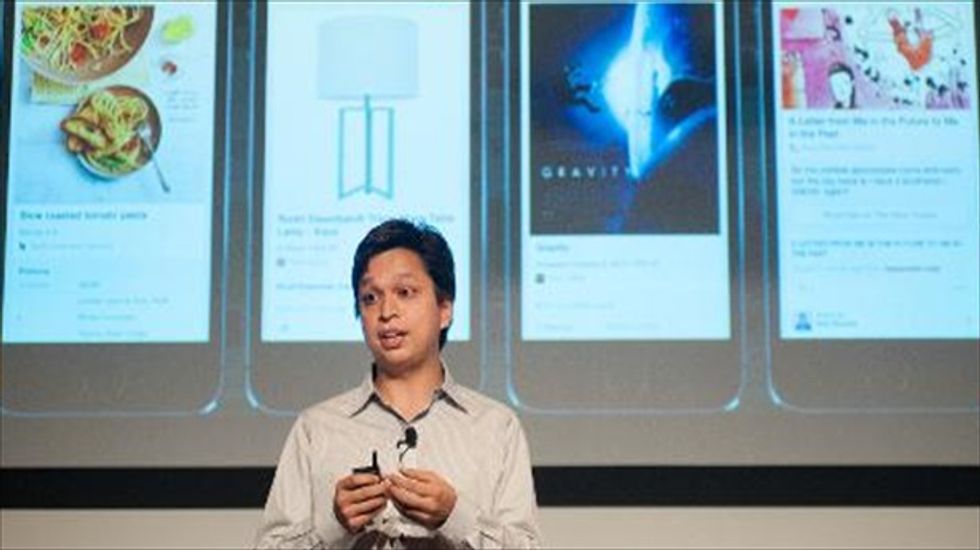 Pinterest on Friday confirmed that another $200 million has been pumped into its coffers to build up search capabilities at the booming, bulletin board-style social network.

The latest round brings to $764 million the total amount of funding raised by the San Francisco-based start-up and gives Pinterest an overall value of $5 billion.

"This new investment gives us additional resources to realize our vision."

Uses for the money were to include paying for technology and talent to develop Pinterest into a "discovery platform" in a potential challenge to Internet search king Google.

Pinterest last month launched a tool to help people quickly sift through the roughly 30 billion 'Pins' on the service's online bulletin boards to find what they like.

In a move similar to one made last year by Facebook, Pinterest is tapping into its rich trove of user-posted content to tackle questions that traditional search engines such as Google or Bing handle less well.

Pinterest users can turn to the new Guided Search feature for answers to questions such as how to make a yummy breakfast, where to go on vacation or how to customize a motor scooter.

The company has not disclosed the number of users, although estimates from digital analytics firm comScore put the figure at around 60 million.

There are more than 750 million online bulletin boards with a combined total of about 30 billion Pins hand-picked by people sharing images on myriad interests from travel to food to sports and more, according to Pinterest.

Guided Search was billed as being tailored for exploring, "whether you know exactly what you want, or you’re just starting to look around."

The tool is available on smartphones and tablets that are increasingly the preferred options for accessing the Internet. It begins with keyword searches that trigger suggestions.

Money from the latest round of funding was to also be used to continue expanding internationally.

Pinterest is currently available in 31 countries and reported that about 30 percent of its users are outside the United States.

Pinterest said it will also invest in its revenue-generating advertising program.

Pinterest this week began pinning ads to its popular online bulletin boards in the form of "promoted Pins."

Facebook and Twitter both bring in money from ads in the form of posts "promoted" to prominent positions in streams of updates at the social networks.

Pinterest has become one of the Internet's hottest young websites, particularly among women, by giving people virtual bulletin boards that they personally curate with pictures showcasing interests in anything from food to sports, fashion or travel.