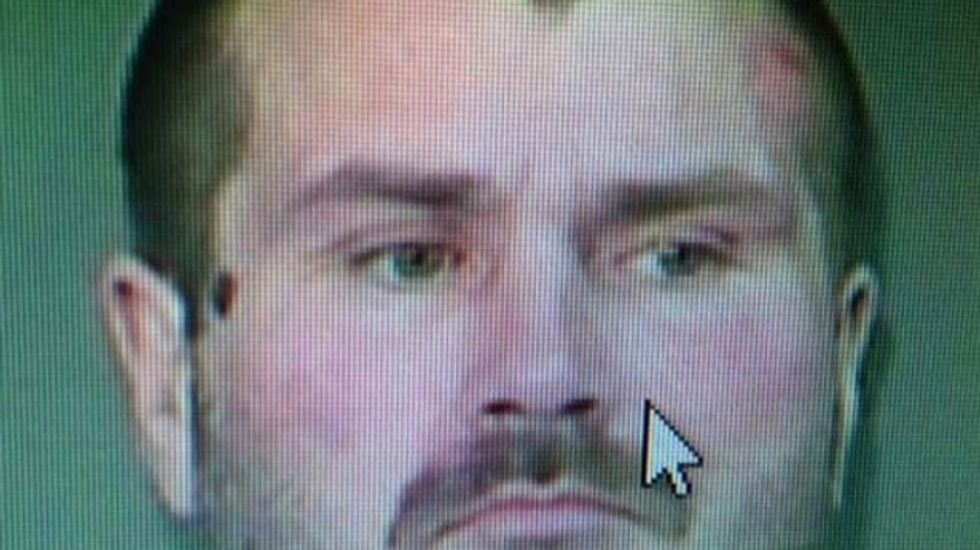 Police in Norcross, Georgia, are seeking a man who robbed a local Waffle House restaurant with a pitchfork but not before dropping his weapon in the parking lot and being attacked with it by employees.

According to the AJC, the suspect, identified by police as Jeffrey Willard Wooten, 50, entered the restaurant wearing coveralls and a ski mask while wielding a pitchfork.

After herding the employees into a backroom Wooten attempted to open the cash register but was unsuccessful.

“When he realized he couldn’t get the cash register open, he took the whole cash register and exited the store . . with his pitchfork,” said Norcross police Chief Warren Summers.

According to police, Wooten was able to carry the register but dropped his pitchfork in the parking lot while attempting to get to his truck.

Two restaurant employees grabbed the pitchfork and  used it to smash the back window of Wooten’s white Ford F-250 pick-up as he attempted to leave.

Police believe that Wooten may have received head injuries from the pitchfork.

“It wouldn’t be an offensive weapon in your garden, but it was in a Waffle House,” Summers added.

A police officer, responding to a 911 call about the robbery gave chase, pursued Wooten however he escaped after abandoning his truck.