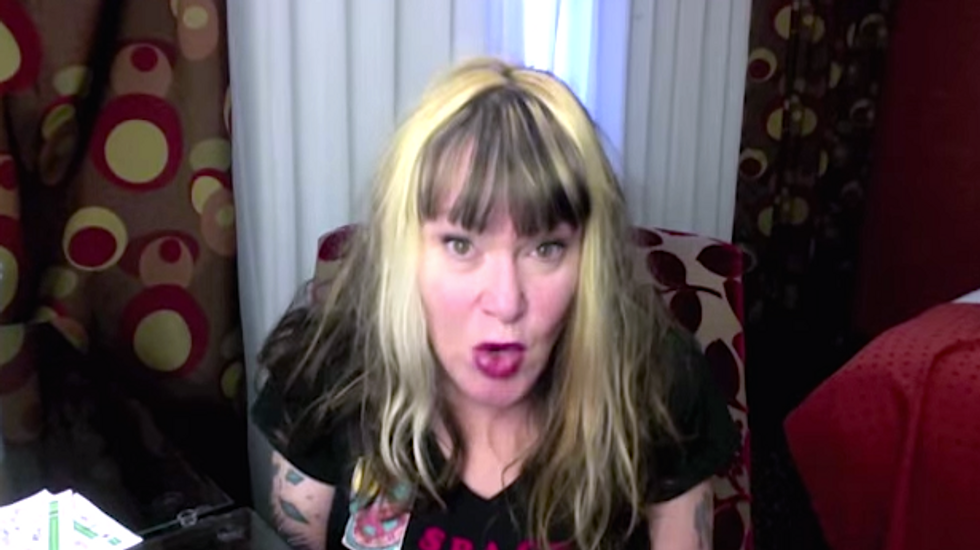 Cervenka, who performed with the bands X and the Knitters, posted links to videos questioning how quickly replacement panes were delivered for glass damaged during the shooting at a convenience store where Christopher Martinez was killed.

The 20-year-old’s father, Richard Martinez, has been a vocal critic of “gutless” politicians who have failed to put tighter restrictions on gun ownership.

Another video promoted by Cervenka claims the University of California, Santa Barbara, shootings were staged by the same agents who staged mass shootings at Sandy Hook Elementary and a Georgia FedEx facility.

The narrator of that video complains no “Sandy Hook truther,” a sobriquet he spits out bitterly, would steal a sign from a memorial park dedicated to one of the 6-year-old victims of that 2012 massacre.

“We know that if we do something like that it’s just going to make us look bad,” the narrator says.

But he then goes on to point out all the Illuminati imagery he sees in that missing sign.

She also promotes the failed “Million Trucker Drive” intended to shut down Washington, D.C., to protest President Barack Obama and other elected officials, in a rambling, six-minute video.

Cervanka will perform X's first four albums in their entirety in July with the other three original members of the band at the Roxy in West Hollywood.

Watch this video on the trucker protest posted online by Christine Cervenka: