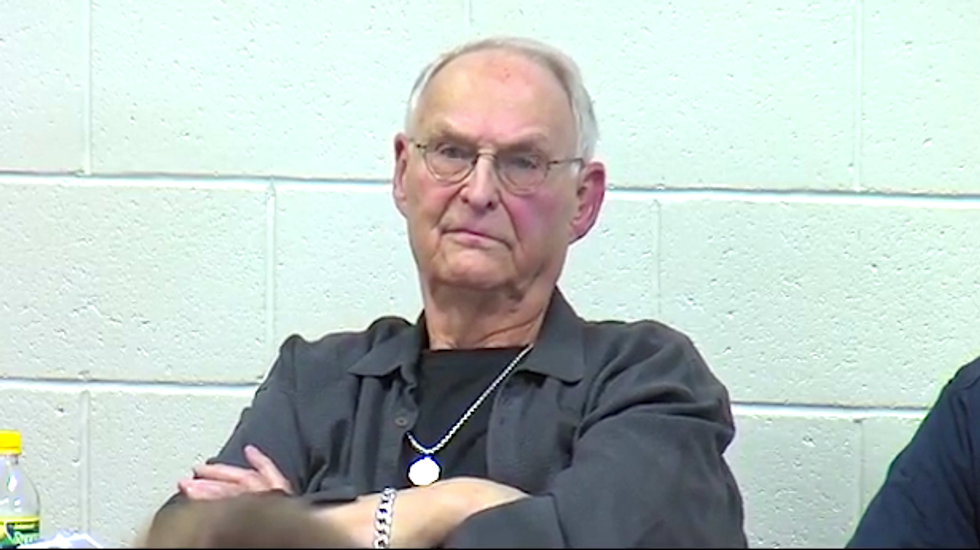 Residents of a New Hampshire town are calling for the ouster of an elected police commissioner accused of using a racial slur against President Barack Obama.

O’Toole said she was finishing a dinner March 6 to celebrate eight years as cancer-free when she heard another patron loudly complain that he hated watching television, because every time he turned it on, he sees “that f-cking n-gger.”

She asked the man whether he was “throwing the N-word around,” and she said he puffed up his chest and agreed he was.

She said restaurant employees told her the following day that the man was Copeland, and they said he was an elected police official.

O’Toole said she was not sure what to do at first, and Copeland was re-elected to a second term in March after running unopposed.

“At that point, it really started to bother me that this was an elected official, making these loud racist statements, but I talked to a few people in town and they said, ‘Just leave it, what good is it going to do?’” O’Toole said. “But talking to more people I knew, I got the impression this wasn’t the type of town that was going to be like that. It was going to be more supportive of me. No one sounded surprised.”

She wrote a letter to the town manager about the incident, and he told O’Toole the town did not oversee the commission and suggested she contact other commissioners.

O’Toole said Copeland replied to the letter she sent to two other commissioners, and she contacted the local Granite State News, which published her letter and Copeland’s response.

Other residents rallied around her, setting up a Facebook page about the incident and joining her Thursday at the Wolfeboro Police Commission to ask Copeland to resign.

But his fellow commissioner, Joseph Balboni, said he would not ask Copeland to resign, calling him a “very nice person” who had been “very generous” to the town.

“He’s worked with a lot of blacks in his life,” Balboni said. “He said some harsh words about Mr. Obama, and here we are. This woman, she’s blowing it all out of proportion.”

Copeland told another woman after the meeting that his comment at the restaurant was politically, and not racially, motivated.

“The comment I made was directed at one single person," Copeland said. "I have nothing but hatred for the president."

Watch video from the meeting posted online by FreeFringeFighter: