Santa Barbara shooting was a anti-MRA gun grabbing false flag because, of course, why not? 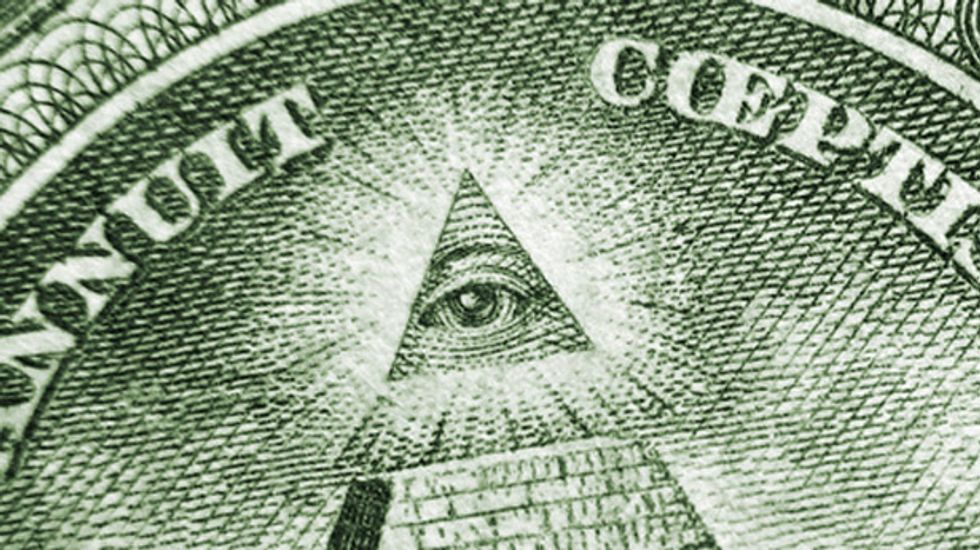 This is the dawning of the Age of Santa Barbara Trutherism so we best get up to speed before all of the tinfoil sells out.

As we all know, nothing in America happens by chance. Pearl Harbor, the Kennedy assassination, 9/11, Aurora, Sandy Hook, the Boston marathon bombing, the Steelers winning Super Bowl XL; every one of those was orchestrated by a secret cabal of old, probably white, men who find day to day living rather jejune and like to spice it up with death, destruction, mayhem, and an inexplicable low block call on Matt Hasselbeck which was total bullshit.

So it is no surprise that within minutes after Elliott Rodger shot and stabbed his way through Isla Vista - with an assist from the NSA- someone threw a false flag at the whole thing .... if it ever really happened.

In lunatic world world, 'false flags' -- which are tumultuous events created by the government and other secretive organizations designed to lay the blame elsewhere for nefarious reasons setting in motion pivotal changes after which we'll never smile again, will we? will we ever? - are as common as head colds.

So, Santa Barbara, where a directionless socially maladroit privileged creepster went on a shooting rampage because hot women enjoyed life without him in it?  Can that be true? There has to be more to it than that.

Someone, possibly international  bankers [JEWS], egged him on.

Take it away, Jay's Analysis:

In a tizzy of media fury, the latest supposed mass gunman/internet weirdo serial killer has emerged with a new angle: “Men’s rights” and “misogyny.”  However, the latest installment also follows the classic pattern of the recent psy ops of Cho at Virginia Tech, Anders Breivik, Jared Loughner, James Holmes and Adam Lanza.

Nobody ever said that  “conservatives,” “men,” “right wingers,” misogynists” and “men’s rights” site visitors" are all serial killers... just potential ones. Let's be fair. Particularly to the much maligned "misogynists". Poor dears, can't even get their hate on without polite society giving them side-eye when they'd' rather have side-boob.

Jay goes on to explain that everything that happened in the wake after Friday night's killings looks mighty hinky; from the video suicide note Rodger shot and posted to YouTube, to the "cartoonish, voluminous “Manifesto” that appears out of nowhere “online” after Rodger emailed it to the media and his parents. Then there is the senator responding to the tragedy by bringing back gun legislation that didn't pass after Sandy Hook (but he kept a copy, almost as if he knew HE WOULD NEED IT AGAIN), to a the father of one of the victims blaming guns.

Also, too:  " the shooters are always conspicuously killed, suicided or nowhere to be found (aside from Breivik)."

That all seems so incredibly suspicious in the wake of the shooting. And if you don't see it that is because you aren't putting it all together because you haven't educated yourself, Sheeple Peeple:

The Hollywood cult of conformity foams at the mouth to implement the utopian myth of total technocracy, oblivious to reality and nature, as if the inland empire of illusion will be able to mind control the entire populace into accepting the new world order. Never mind that a socialist technocracy will be an utter nightmare, the Leftist Cult of Mindlessness, run by corporate fascists above them, and international banks above them, never cease to give up their dreams of rewriting all of reality as if it were one of their screenplays.

Who can argue with that? Not me. I wouldn't even know where to start.

And if that doesn't sell you that this whole thing stinks like a diaper left in the sun,  prepare to wrap you brain around this from Conspiracy Factualists:

Elliot Rodger we know you are gay. OK. Lets wiki mkultra and false flag. We now also know that his father Peter Rodger was assistant director on The Hunger Games which was written by Suzanne Collins who just happens to live in Sandy Hook.

[One dollar detail on Shutterstock]