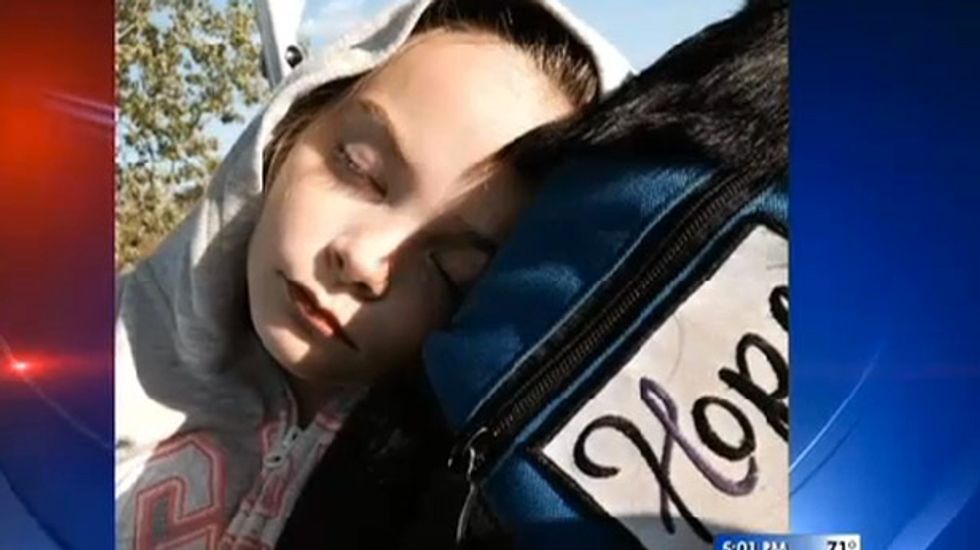 In defiance of the Americans With Disabilities Act, a Sherrard, Illinois, elementary school is refusing to allow an 8-year-old girl with epilepsy to attend classes with her service dog.

Kellsey McGuire, who was diagnosed with epilepsy when she was 18-months-old, began attending Sherrard Grade School last January with her service dog Jasper, but less than a month later the school told Kellsey's parents she could no longer bring him to school, reports KWQC.

According to the girl's mother, Brandi McGuire, Kellsey has had up to 90 seizures in one day.

“Kellsey has had seizures in the past where she stopped breathing and she goes unresponsive and she turns blue," the mother said. "And we have to rush her to the hospital.”

The mother explained that it is important that Jasper be with her daughter at all times.

“It’s very important that Jasper is there. I mean he is her furry little angel. He is the one that comes and tells us when she is having a seizure,” she said.

Attorney W. Matthew Hays, who is representing the family, said the school in is in violation of the ADA, stating "They will make accommodations for those with medical issues. In this instance, service dogs. They will be allowed in the facility, in the classroom and allow for, in this case, Kellsey, to save her life.”

According to the ADA, a service dog is "Any guide dog, service dog, or other animal trained to provide assistance to person with a disability."

The McGuire family is currently paying to send Kellsey to a private school and would like the school district to pay for her education.

The district is currently reviewing the situation but has refused to give a reason why they banned Jasper from attending school with the young girl.

According to an organization supporting the McGuires, called Ribbons for Kellsey, there was an issue between Kellsey’s art teacher and her dog.

Watch the video below from KWQC:

News and Weather For The Quad Cities -