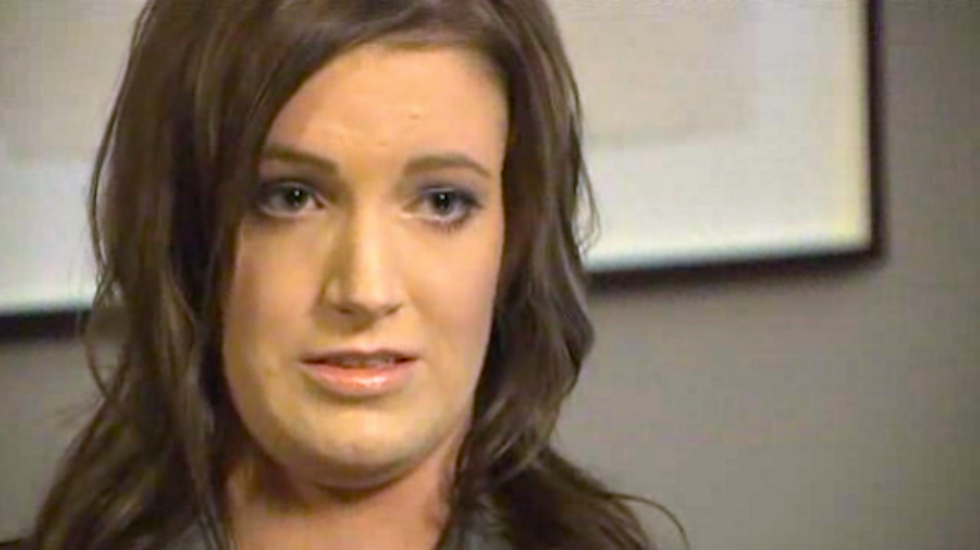 A Wisconsin woman lived for months with drunken driving charges hanging over her head after a sheriff’s deputy crashed into her car, although blood tests show she was sober and surveillance video shows the officer was at fault.

Tanya Weyker broke her neck in the Feb. 20, 2013, crash after Milwaukee County Sheriff’s Deputy Joseph Quiles rolled through a stop sign and wrecked into her vehicle, reported WTKR-TV.

She was hurt so badly she couldn’t submit to a Breathalyzer test or perform field sobriety tests, but she said deputies questioned her as she received medical treatment at the crash scene.

Deputies said Weyker’s speech was slurred, her eyes were glassy, and her breath smelled of alcohol, and she admitted she’d taken a few sips from a friend’s drink.

The 25-year-old Weyker also told authorities she had been prescribed Vicodin after having her wisdom teeth removed, but she told them she hadn’t taken the drug in at least a week.

Yet the charges remained pending for more than five months.

Quiles wrote in his official report that he stopped at a stop sign at General Mitchell International Airport and looked both ways before pulling out, and the deputy told police that he never saw any headlights, although the headlights activate automatically on Weyker’s Toyota Camry.

However, a nearby surveillance camera shows the deputy’s squad car pull into the intersection without making a complete stop.

The sheriff’s office knew about the video just two days after the crash, but no one told Weyker.

The county sent letters threatening legal action if she didn’t pay for damage to the deputy’s squad car, even after video showed the deputy was at fault and blood test results showed Weyker had been sober.

Prosecutors examined the case five months later and declined to press charges, but she said no one called to notify her.

Internal investigators finally interviewed Quiles 10 months after the crash, and the deputy said he was aware of the video and its contents, although he had not seen it.

Quiles said he was told the video showed him rolling though the stop sign, and he admitted that he probably had.

The deputy then admitted to the internal investigator that he believes he was at fault in the crash.

Quiles was listed in March as active in the airport division of the sheriff’s office, but he told a judge in his child support case that he had been on medical leave since the crash.

He has filed for permanent disability, but his claim is still pending before the County’s Employee Retirement System.

Reports written at the time of the crash described Quiles’ injuries as minor, and he was treated and released from a hospital following the wreck.

The deputy was officially suspended for nine days for violating traffic laws and damaging county equipment, but he was never disciplined for the inaccurate report – despite a previous history of filing reports written by others.

Weyker is still waiting for the county to pay her medical bills, which she said could be more than $1 million, but state law caps claims against government agencies at $250,000.

She has filed a separate complaint against the deputy who arrested her in what could be the precursor to a civil rights lawsuit against Milwaukee County – which would not be subject to a cap on damages.