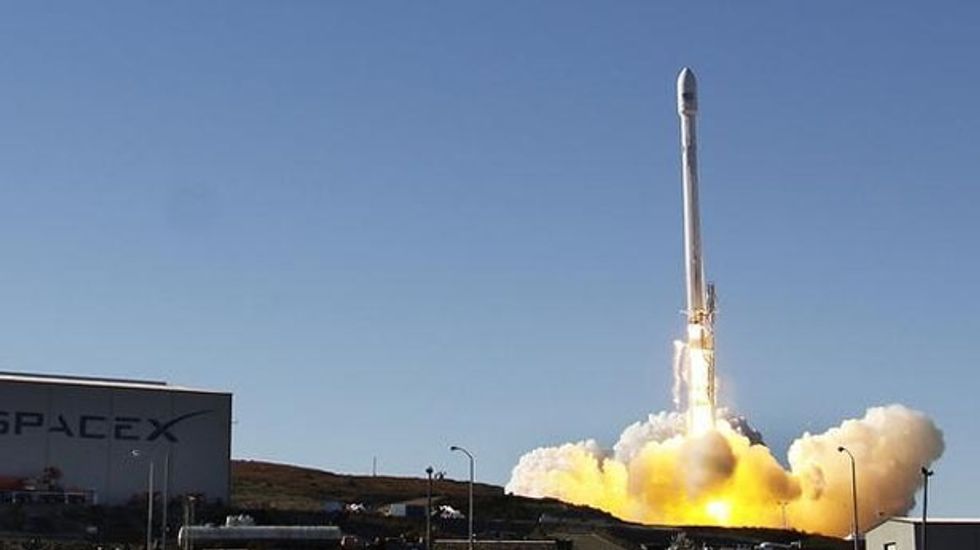 The U.S. Air Force and United Launch Alliance are prohibited "from making any purchases from or payment of money to NPO Energomash", Federal Claims Court Judge Susan Braden wrote in the order.

The preliminary injunction does not extend to any purchase orders placed or money paid to Russian rocket engine maker NPO Energomash prior to the date of the order.

Lawmakers on Wednesday called for a program to develop a next-generation liquid-fuel rocket engine within five years, proposing legislation aimed at reducing U.S. dependence on Russian engines to launch military and spy satellites.

Moscow's annexation of neighbor Ukraine's Crimea region and the massing of Russian troops near the border have left East-West relations more tense than at any time since the Cold War.

SpaceX, which manufactures and launches rockets and spacecraft, last week filed a lawsuit to protest the Air Force's award of a multibillion-dollar, non-compete contract for 36 rocket launches to a partnership of the two biggest U.S. weapons makers.

The company wants the Air Force to reverse the sole-source award of 36 boosters to United Launch Alliance and open the procurement to commercial competition.

United Launch Alliance, the U.S. Air Force and NPO Energomash were not available for immediate comment.

(Reporting by Supriya Kurane in Bangalore; editing by Jason Neely)