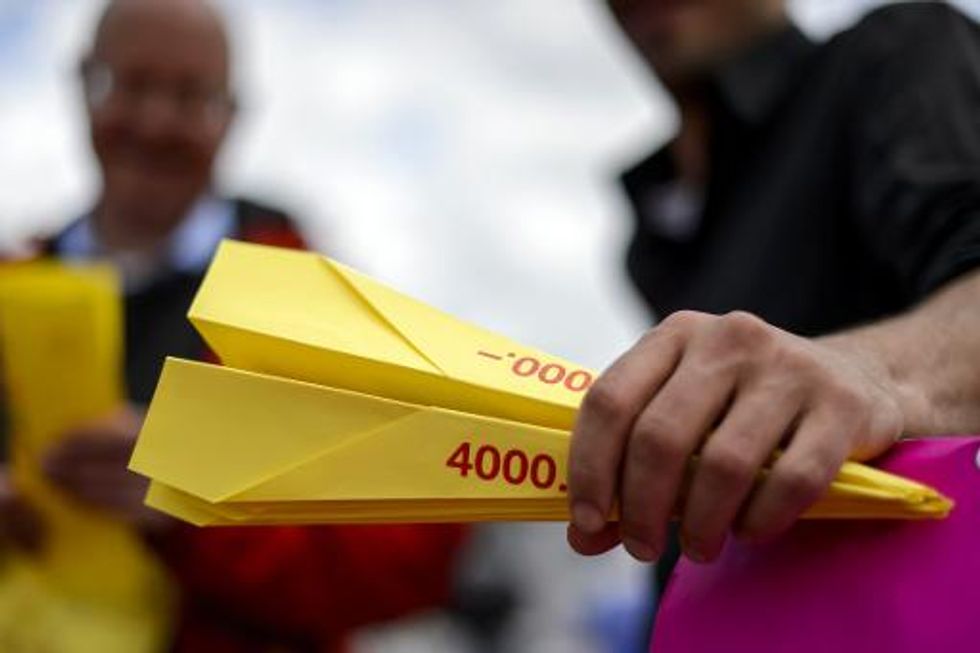 Swiss voters have rejected a proposal to create what would have been the world's highest minimum wage after siding with the government and business leaders in a referendum.

Government ministers opposed the proposal, made by the Swiss Federation of Trade Unions and supported by the Socialist and Green parties, arguing that it would put smaller companies out of business.

Adjusted for the country's high prices, the Swiss proposal would have meant a wage equivalent to £8.33 an hour based on a 42-hour week, according to the Organisation for Economic Cooperation and Development (OECD).

The UK minimum wage of £6.31, which the OECD adjusts to £4.70, will go up by 19p in October, the first increase in six years to outpace inflation.

Swiss unions proposed a minimum wage rise because of the high living costs in cities such as Geneva and Zurich. They argued that a minimum wage of 4,000 francs a month was necessary because rent, health insurance and food are hugely expensive.

Most voters, however, agreed with the government and business leaders, who argued that the measure would drive Switzerland's high production costs even higher.

The Swiss Business Federation said the proposal would harm low-paid workers. Small businesses, especially farmers, feared that having to pay their workers the minimum wage would price their products out of the market. More than a fifth of Switzerland's GDP comes from its manufacturing sector.

The vote came after moves in other countries to introduce higher basic pay. Germany is one of seven EU countries currently without a minimum wage, but last month Angela Merkel approved the country's first, set at €8.50 (£6.92) an hour and starting in 2015. Parliament is due to debate the proposal this summer.

In the US the mayor of Seattle unveiled a plan for a city-wide minimum wage of $15 (£8.91) earlier this month, more than double the federal rate. The rise could be implemented as early as October, and would benefit an estimated 100,000 workers. The Seattle proposal sparked strikes by fast-food workers in 150 cities across the US and in other countries around the world last week.

The announcement sparked a huge public and political backlash. The payment, made to persuade Vasella not to use his knowledge to help rival firms, was described as a "golden gag".