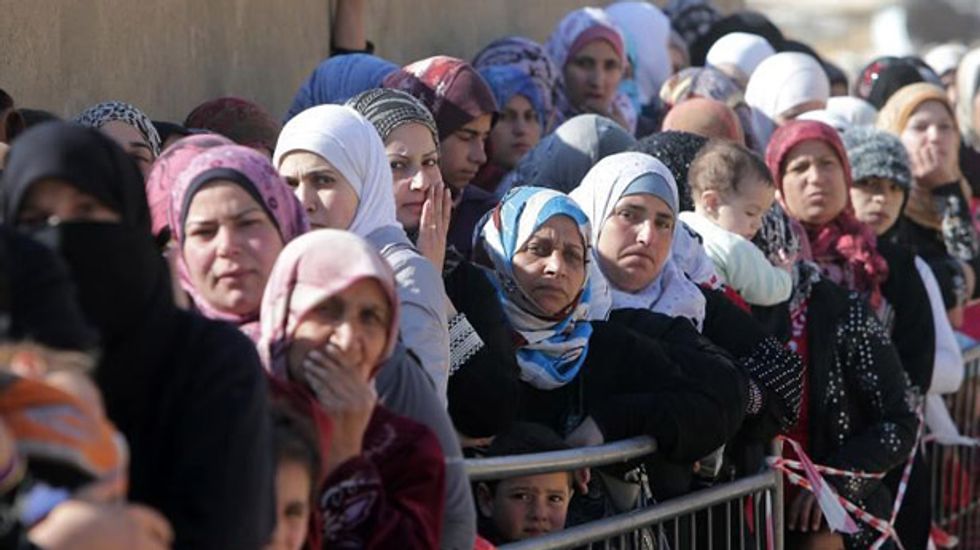 Lack of funds is forcing aid workers to deny Syrian war victims and other refugees with cancer the care they need, the UN refugee agency's top medical expert warned on Monday.

With millions of Syrians driven from their homes by three years of conflict, and huge numbers having fled a decade of violence in Iraq, health systems in the region have been overwhelmed.

Doctors are therefore having to make heart-rending decisions about who gets cancer care and who is left to fend for themselves.

"We have to turn away cancer patients with poor prognoses because caring for them is too expensive. After losing everything at home, cancer patients face even greater suffering abroad -- often at a huge emotional and financial cost to their families," Spiegel said.

In a new study published in the journal The Lancet Oncology, Spiegel documented hundreds of refugees in Jordan and Syria denied cancer treatment due to limited funds, and called for urgent new steps to tackle cancer in humanitarian crises.

The study looked at refugees in Jordan and Syria from 2009 to 2012 -- therefore covering not only those fleeing the Syrian civil war that broke out in 2011, but exiles from older conflicts such as that in Iraq, which began with the US-led ouster of dictator Saddam Hussein in 2003.

Breast cancer is most common amongst refugees, accounting for almost a quarter of all applications in Jordan to UNHCR's "Exceptional Care Committee", which decides whether to fund expensive treatments.

In Jordan, the committee could only approve 246 out of 511 refugee applications for cancer treatment between 2010 and 2012.

The main reason was poor prognosis, meaning a patient had little chance of recovery, leading the committee to decide that the limited amount of money was better spent on other patients.

But it is also having to reject patients with good prognoses, because their treatment is too expensive.

The study referred to the case of an Iraqi mother of two with a rare form of breast cancer. She had to end her treatment in Iraq due to insecurity, but her therapy was too expensive to continue in Syria.

"We face a terrible decision over who to help," said UNHCR doctor Adam Musa Khalifa.

"Some patients have a good prognosis, but the cost of treating them is too high. These decisions affect all of us psychologically."

On top of the moral dilemmas facing doctors, countries hosting refugees are have to cope with a steep healthcare bill from cancer and other expensive-to-treat chronic diseases.

"The countries in the Middle East have welcomed millions of refugees, first Iraqis and now Syrians. The massive influx of refugees to these countries has stressed their national health systems at all levels," said the Lancet study.

Almost three million refugees have fled from Syria, the bulk of them to neighbouring Jordan, Lebanon, Turkey and Iraq, as well as to Egypt, with the massive pressure on health services, education, housing and the labour market leading to rising tensions with locals.

Inside Syria, millions more have been driven from their home communities.

Help from international organisations and donors has been insufficient, and the cost burden "has disproportionately fallen upon the host governments", the Lancet paper said.

Jordan, for example, paid about $53 million (39 million euros) for refugee medical care in the first four months of 2013.

The paper said the world's response to humanitarian crises was largely based on experiences in refugee camps in sub-Saharan Africa, where infectious diseases and malnutrition were the main concerns.

In middle-income countries such as Syria, levels of chronic diseases like cancer are higher -- and costlier per individual to treat.

"It could range from a fund that individuals and organisations could donate into, to health insurance or social schemes that exist for nationals in the host country," he told AFP by email.