Texas Republican: 'Obama thinks he can change the weather because he thinks he’s God' 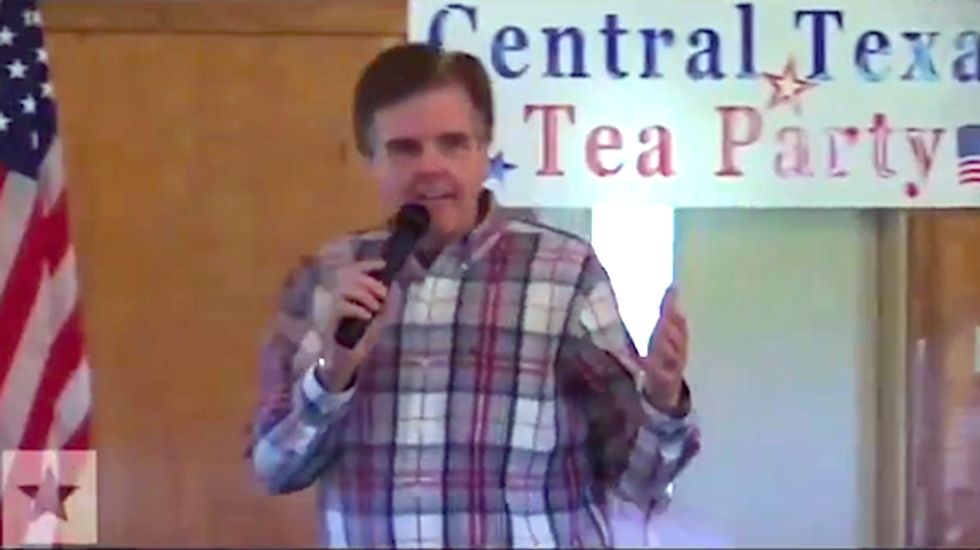 Republican State Sen. Dan Patrick made the remarks during a debate Tuesday night in Salado, reported the Texas Tribune, where an audience member asked whether the lawmaker supported the president’s plan to spend $1.2 billion to change the weather to fight global warming.

“Is that possible?” the man asked. “How much money would you be willing to spend to cool the environment by 1 degree, which is about all we can do?”

Patrick promised he would allocate “zero dollars” to such a scheme, in apparent reference to funding set aside to prepare for climate change in the president’s budget for next year.

The budget proposal calls for even stricter fuel efficiency standards and better enforcement of existing environmental regulations, but it does not specifically mention plans to alter the weather itself.

“First of all, when it comes to climate change, there’s been scientific arguments on both sides of the issues,” Patrick said. “But you know, if you want a tiebreaker, if Al Gore thinks it’s right, you know it’s wrong.”

Patrick said Gore cared about the climate change only because he made money from talking about it.

“Climate change, if you let the Democrats and the liberals enact their programs, it will destroy jobs in this country and it will destroy our economy,” Patrick said as the crowd murmured in agreement. “I’ll leave it in the hands of God. He’s handled out climate pretty well for a long time.”

Watch this video of his remarks posted online by the Texas Tribune: