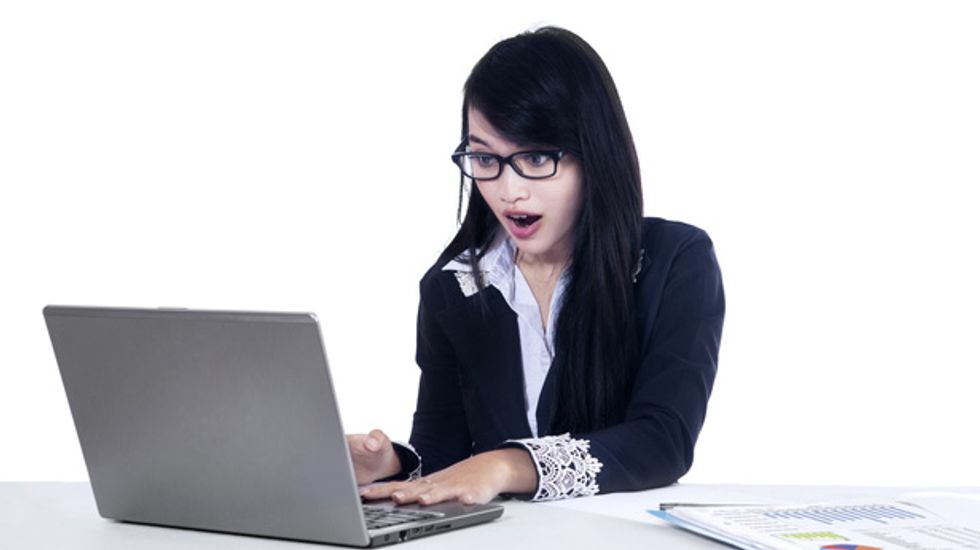 According to The Hollywood Reporter, a campaign known as "Cleaning the Web 2014," has shut down 110 websites and deleted 3,300 accounts on China-based social networking services and online forums.

In order to do the dirty work of tracking down websites that "endanger public morality, seriously harming minors' physical and mental health," Chinese online companies are hiring young people of "solid character" to act as pornography monitors looking for anything shocking; from people having sex to bikini-clad models.

According to reports, over 4,000 people have applied for the jobs appraising sexual content since the middle of April.

One such appraiser explained that the job is not all it is cracked up to be.

China is home to the world’s largest online population and, while the government likes the business aspects of the internet, their choice of websites sometimes runs counter to the wishes of the ruling Communist Party.

[Young businesswoman shocked and looking at laptop screen on Shutterstock]