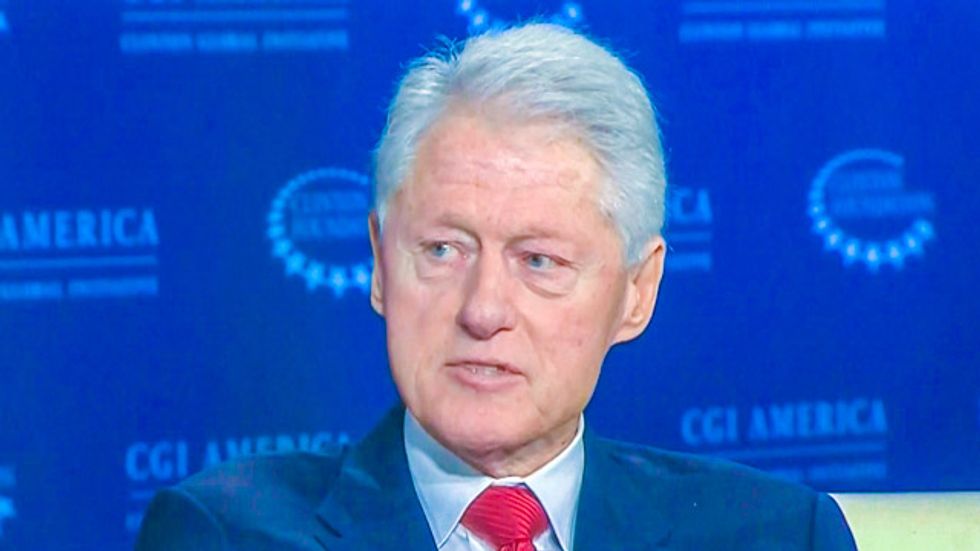 Former President Bill Clinton recently suggested that the federal government should legalize medical marijuana because there was "a lot of evidence" that it helped patients.

During an interview at the Clinton Global Initiative meeting in Colorado, NBC's David Gregory asked the former president if giving "pot a chance" would help government raise needed revenue.

"Rocky Mountain high?" Clinton quipped. "Look, I think there's a lot of evidence to argue for the medical marijuana thing."

"I think there are a lot of unresolved questions, but I think we should leave it to the states, if there really is a time when there should be laboratories of democracy because nobody really knows where this is going," he added. "Are there adequate quality controls? There's pot and then there's pot. What's in it?"

"There's all these questions, and I think that I like where it is now. If a state wants to try it, they can. And then they'll be able to see what happens."

While campaigning for president in 1992, Clinton had famously said that he "didn’t inhale" when he tried marijuana in college.

Update: Marijuana Majority Chairman Tom Angell told Raw Story that Clinton's remarks showed just how much times had changed since he had been in office.

"These comments from a skilled politician who knows how to stake out positions that resonate with the majority of voters show just how far the politics of this issue have shifted in favor of legalization," Angell wrote in an email. "When Bill Clinton was president his administration tried to punish doctors just for discussing medical marijuana with their patients. Now he not only says that there's a lot of evidence to support medical marijuana, but he thinks states should be able to legalize marijuana outright without the feds standing in the way. Whereas this issue was once seen as a political third rail, there's no question it has now emerged into the mainstream. Polls show that the majority of voters support legalization, and today's politicians have no choice but to catch up or get left behind."