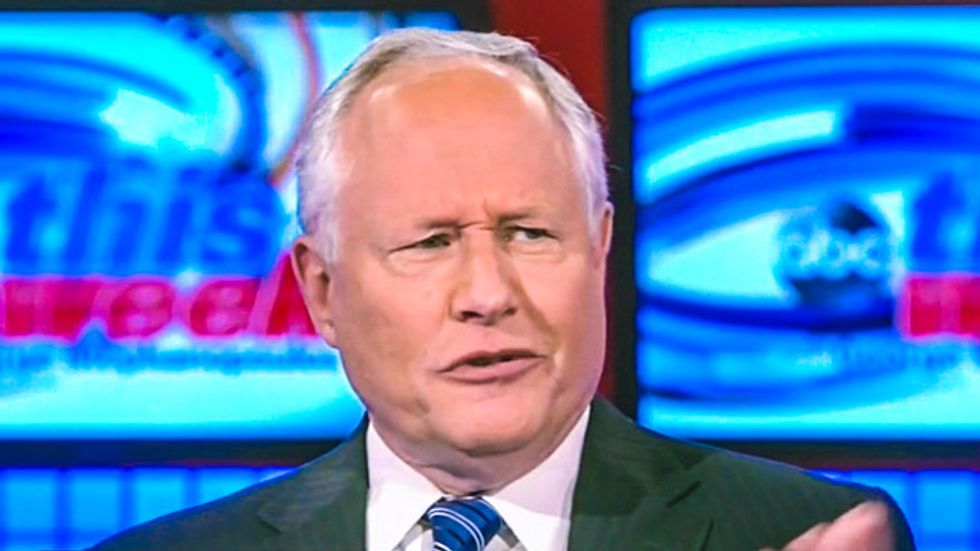 An alternately defensive and feisty Bill Kristol refused to offer what he called an "insincere apology" for his Iraq war cheerleading after Senate Majority Leader Harry Reed wrote a tweet saying, “The only thing I want to hear from Iraq war architects is an apology,” with Kristol's picture attached.

Appearing on CNN's Erin Burnett OutFront, the neocon and editor of The Weekly Standard defended his advocacy of the war in Iraq, saying he doesn't want to "re-litigate" the past and is now concerned with a future Iraq controlled by the militant Islamic State in Iraq and al-Sham (ISIS).

"Harry Reid is not going to get an insincere apology from me,” Kristol said. “I’m not a politician. I’m not apologizing for something that I think was not wrong. I think going to war to remove Saddam was the right thing to do and necessary and just thing to do.”

Kristol said he was willing to meet with Reid on Burnett's show and have a debate about the war, but that tweeting at him was beneath Reid.

“I’ll sit here with you and Harry Reid and have a half-hour long debate,” he said. “But for him to tweet out ‘the only thing I want to hear from them is an apology?’ Is that really an appropriate way to conduct yourself as a serious leader of democracy?”

The only thing I want to hear from Iraq war architects is an apology. pic.twitter.com/vPeGmOyP2W

Burnett guest, former Washington Post journalist Carl Bernstein, interrupted Kristol to say, “Apologies would be in order at this point for the neoconservatives who banged the war drums and so disastrously.”

Watch the video below uploaded to YouTube by Newscenter: