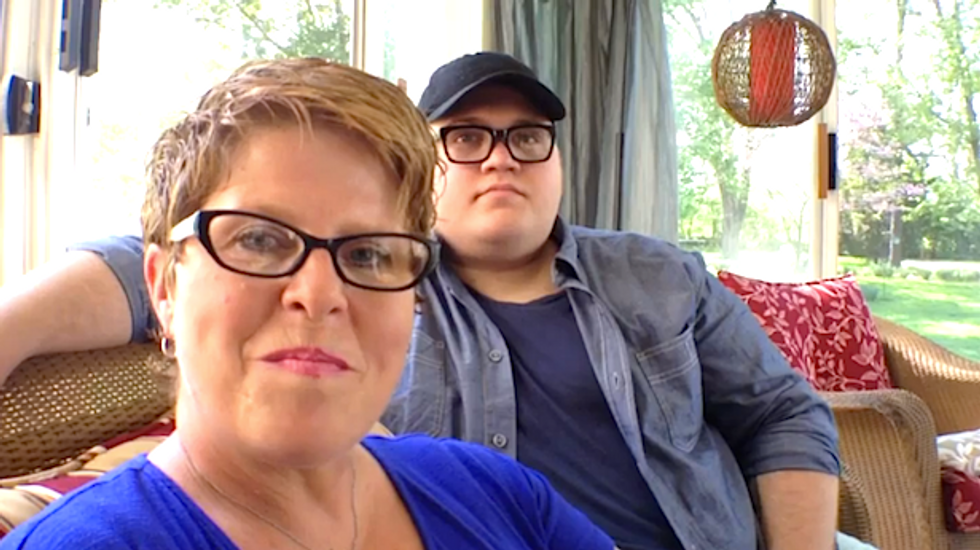 Veteran teachers are leaving their jobs over the highly specific morality clause in their new contracts with the Archdiocese of Cincinnati.

The revised contracts bars teachers – whether they’re Catholic or not – from living with a partner or having sex outside of marriage, using in-vitro fertilization, living a gay “lifestyle,” or publicly supporting any of those things.

First-grade teacher Molly Shumate, a lifelong Catholic, ended her 14-year career at the elementary school she attended rather than risk disciplinary action for supporting her 22-year-old son, who is gay.

"If my son were to say to me, 'Will you go somewhere with me that is supported or run by gays and lesbians,' I would have to tell him no, according to that contract,” Shumate said. “And if my picture was taken, what would happen?"

If her son were to marry a same-sex partner, Shumate said she’s been told she would have faced reprimand, but not fired, if she went.

"For me to sign this (contract), I feel like I would be telling my son I've changed my mind, that I don't support him as I did. And I won't do that," she said.

Dr. Jim Rigg, superintendent of Cincinnati Catholic Schools, said there were no new requirements in the teacher contracts, but rather laid out “in abundantly clear language, some of the principles of the Catholic Church.”

The specifically worded items in the morality clause appear to be a reaction to recent lawsuits over controversial firings or dismissals.

Computer teacher Christa Dias, who was single, used in-vitro fertilization and was then fired by the archdiocese.

A jury awarded her more than $170,000 after she sued the archdiocese for discrimination.

A dean of students at another Cincinnati Catholic high school was also fired last year for supporting same-sex marriage on his personal blog.

Catholic schools in Cleveland, Honolulu, and Oakland, California, are also integrating a morality clause into their teacher contracts.

The 2014-2015 contract for Cincinnati designates educators as “teacher-ministers,” which is seen as a legal maneuver to protect the archdiocese from discrimination lawsuits.

But critics say the clause unfairly singles out women, because it would be much easier for an unmarried male teacher to avoid public disclosure if he impregnated a woman.

"Jesus always acted out of love, never out of fear, and we're all being asked to act out of fear because the lawyers have taken over," said Roger Rosen, a French and Latin teacher at the same high school where he was valedictorian.

Rosen signed the contract, although he does not support its terms.

"I'm a coward," he said, adding that he needs the money. "Isn't that terrible?"

A Catholic group called Voice of the Faithful has set up a dozen billboards around Cincinnati asking, "Would Pope Francis sign the new Catholic teacher contract?"

Teachers at two schools have organized a union called the Southwest Ohio Catholic Educators Association and asked the archdiocese for collective bargaining rights – which was endorsed in 2010 by the Catholic Conference of Ohio Bishops.

The LGBT advocacy group Human Rights Campaign has sent a letter to the Vatican on behalf of nine teachers, including Shumate, seeking an audience with the pope – who has signaled a new openness to homosexual Catholics.

"He's the one I would want some guidance from," Shumate said.

Watch this interview with Shumate posted online by the Cincinnati Enquirer: