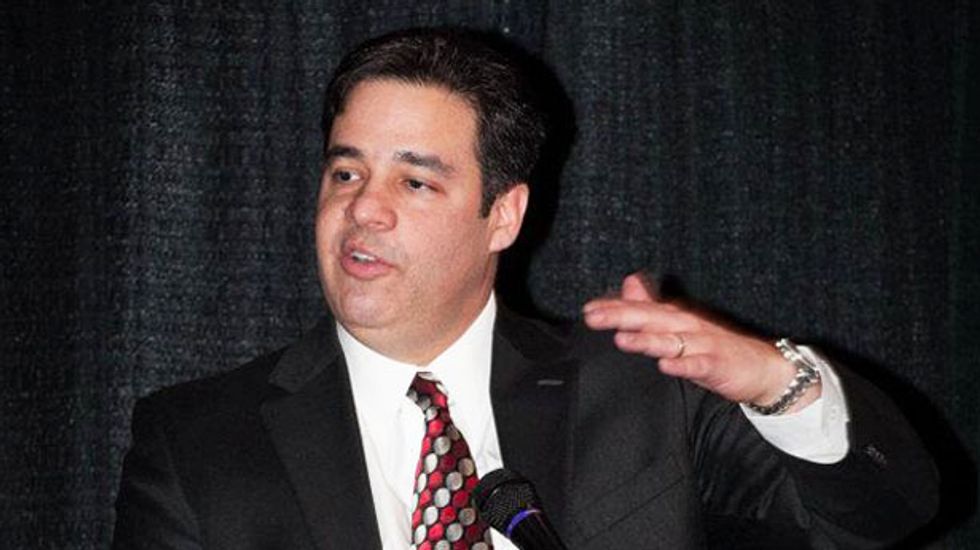 The Idaho state GOP convention collapsed on Saturday as the presiding Republican U.S. congressman called a halt to the proceedings amid infighting and walk-outs by delegates.

Saying the party had hit "rock bottom," 1st District Idaho Congressman Raul Labrador adjourned the convention without electing a chairman, establishing a platform or completing any of its scheduled business, according to the Spokesman-Review.

“This is as low as the party can go,” said Labrador. “We have hit bottom. I think the party has no choice but to go up from here.”

The three-day convention dissolved into acrimony as various factions representing the Tea Party and the libertarian wing battled over unseating delegates.

According to the Huffington Post, all 15 delegates from Bannock County were successfully deposed, with a move to remove delegates from Ada and Twin Falls counties in the works before Labrador gaveled the proceedings to a close.

“It was basically the ultra-, ultra-conservative, tea party-libertarian type people basically flexing their muscle in the way the thing was organized,” said Winder. “It’s a real shame that a convention comes to that stage, where there really wasn’t any real floor leadership, there wasn’t any fairness in the process, either in the credentials committee or on the floor. It was all predetermined. It’s kind of ‘who’s going to have the power,’ rather than working together.”

According to Idaho Public Television reporter Melissa Davlin, “Both sides were just so fed up – they were done. They had been through hours of parliamentary procedures and confusion over rules and all of these things, and they still weren’t getting anywhere.”

Labrador, who recently announced plans to replace House majority leader Eric Cantor, may have seen his prospects dampened by his inability to bring members of his own state's party to heel.

“It’s hard to blame all this on Raul Labrador, but on the other hand, this does not strengthen his credentials for a national leadership position, either,” said Boise State professor e Jim Weatherby.

State Sen. Bob Nonini, (R-Coeur d’Alene)  made a motion to adjourn at 3 p.m. Saturday.  A vote challenging the move failed as many delegates walked out jeering the congressman's efforts.