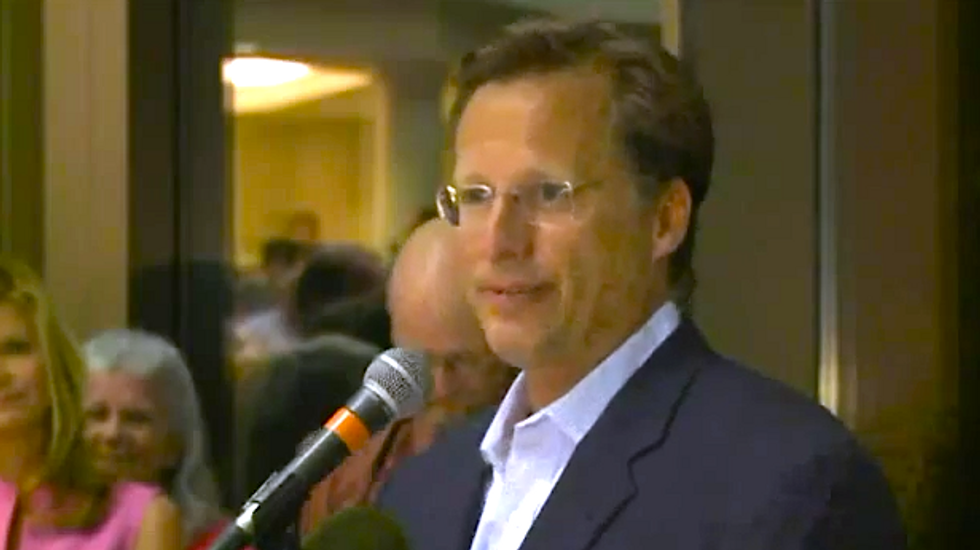 David Brat, who won a surprise victory over House Majority Leader Eric Cantor, warned of another Hitler in a 13-page essay on theology and banking.

The economics professor, who works at Randolph-Macon College, said “church folk” and his “liberal pals” should extend their inclusiveness to capitalists.

“If we are ever going to be transformers of culture, we need to get our story straight on capitalism and faith,” Brat wrote in the essay, published in the journal Interpretation in 2011. “The two can go together and they had better go together, or we will not transform anything.”

He said capitalism was “here to stay,” and he said the church should reflect that reality.

“Read Nietzsche. Nietzsche’s diagnosis of the weak modern Christian democratic man was spot on,” Brat wrote. “Jesus was a great man. Jesus said he was the Son of God. Jesus made things happen. Jesus had faith. Jesus actually made people better. Then came the Christians. What happened? What went wrong?”

“We appear to be a bit passive,” he continued. “Hitler came along, and he did not meet with unified resistance. I have the sinking feeling that it could all happen again, quite easily. The church should rise up higher than Nietzsche could see and prove him wrong.”

“We should love our neighbor so much that we actually believe in right and wrong, and do something about it,” he wrote. “If we all did the right thing and had the guts to spread the word, we would not need the government to backstop every action we take.”

He suggested that spreading Christianity would improve the economy.

“Preach the gospel and change hearts and souls,” Brat wrote. “If we make all of the people good, markets will be good. Markets are made up of people.”

Brat also wondered whether Christians could force others to follow their ethical teachings on social issues, and he said both Democrats and Republicans hypocritically imposed their values on the political system.

“The government holds a monopoly on violence,” Brat wrote. “Any law that we vote for is ultimately backed by the full force of our government and military. Do we trust institutions of the government to ensure justice? Is that what history teaches us about the State? Or do we live in particularly lucky and fortunate times where the State can be trusted to do minimal justice?”

"Do you trust that power to the political Right? Do you trust it to the Left? If you answered 'no' to either question, you may have a major problem in the future. See Plato on the regime that follows democracy," he added.