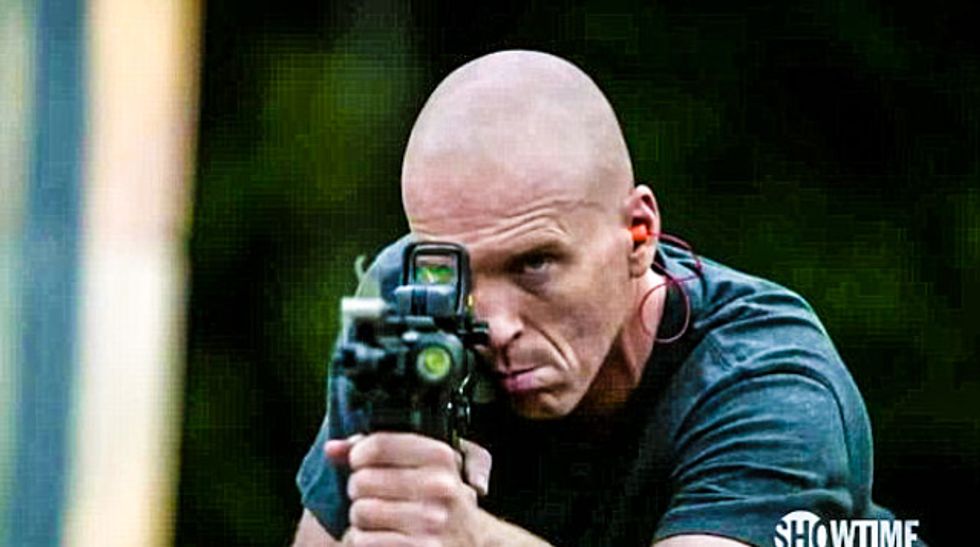 CNN on Thursday devoted an entire segment to comparing recently-released prisoner of war Sgt. Bowe Bergdahl to a fictional soldier-turned-terrorist character from the television show Homeland.

CNN host John Berman explained on Thursday that he was "uncomfortable" comparing Bergdahl to Nicholas Brody, the fictional Homeland soldier who was celebrated as a war hero, but eventually killed the vice president of the United States after being turned into a terrorist by al Qaeda.

But against Berman's better judgement, the network spent the next four minutes of television doing just that.

"Their heads were both shaved so you immediately think, 'Oh, OK, they must be the same person,'" CNN host Sally Kohn observed. "No, there's interesting parallels, certainly. One, no doubt, is that the show Homeland originated in Israel, and Israel had real-life experience with these kinds of prisoner swaps."

"And the other part of this is, you do wonder," she continued. "I think we want to responsibly withhold our judgement until we know all the facts, but it appears at this point that he wandered away, he was disillusioned with the war -- that a lot of other soldiers and a lot of other Americans are disillusioned with as well -- and what happened? What happened in that five years? Did he change his mind? What was he doing? We don't know."

"Thank you for taking deeply serious lessons from a television show," Berman said at the conclusion of the segment. "No, I'm serious. That was really interesting."

The CNN host promised a "real-life" segment after a commercial break about why Bergdahl's hometown might have cancelled his homecoming celebration.

Watch the video below from CNN's Newsroom, broadcast June 5, 2014.