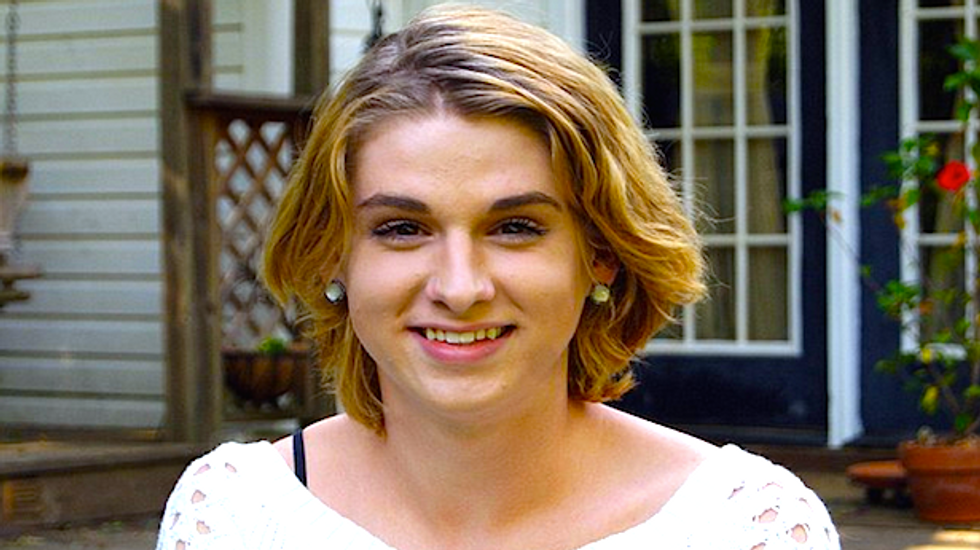 A South Carolina teen who wears androgynous or feminine clothing says he was prevented from wearing makeup in his driver’s license photo.

Chase Culpepper, who identifies as gender nonconforming but uses a male name and pronouns, had already passed his driver’s test and went March 3 to the Anderson Department of Motor Vehicle to obtain his driver’s license.

But DMV officials told the 16-year-old to take off his makeup for the picture, because they said he did not look how a boy should.

"They said he was wearing a disguise," said his mother, Teresa Culpepper. "It was very hurtful. He was absolutely devastated. That’s who he is 24/7.”

Culpepper ultimately removed his makeup and had his picture taken for the license, but the Transgender Legal Defense and Education Fund has asked the DMV to allow the teen to take another photo – wearing makeup.

“Chase was told that he could not wear makeup simply because boys typically do not wear makeup,” TLDEF said in a June 9 letter. “It was not because his makeup acted as any type of disguise of his identity. Sex stereotypes like this do not justify a government agency’s restriction of constitutionally protected expression.”

A spokeswoman for the DMV said employees followed policy, which was updated in August 2009 to prohibit drivers from being photographed in any way that “appears that he or she is purposely altering his or her appearance so that the photo would misrepresent his or her identity.”

Spokeswoman Beth Parks said the DMV would not likely grant Culpepper’s request to retake his photo, saying the department worked with law enforcement to make and enforce its decisions.

"If it says male (on the license), that's what they're going to look for,” Parks said. “They expect the photo to be of a man. If they stop somebody and they're dressed as a woman, they can straighten that out."

But attorneys with TLDEF said the decision violated Culpepper’s rights.

"He is entitled to be who he is and to express that without interference from government actors,” said Michael Silverman, executive director of TLDEF. “Forcing Chase to remove his makeup prior to taking his driver’s license photo restricts his free speech rights in violation of state and federal constitutional protections.”