Elizabeth Warren on creating jobs: 'This isn't magic, we actually know how to do this' 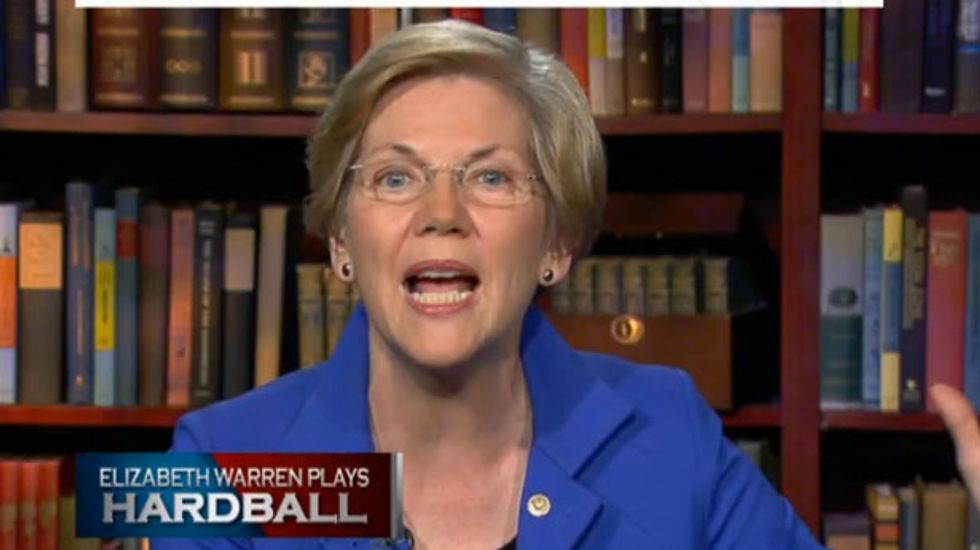 An impassioned Sen. Elizabeth Warren appeared on MSNBC's Hardball and made a strong case for fighting to rebuild the middle class through investments in jobs and infrastructure while at times butting heads with host Chris Matthews over the Democratic Party's efforts.

Promoting her new memoir, 'A Fighting Chance,' Warren was challenged by Matthews to explain how Democrats could give Americans "real hope" for a future with "meaningful familiy-building employment that seems to be gone in so much of the country."

"Well, you know, this isn't magic," she replied. "We actually know how to do this. We did this for nearly half a century, coming out of the great depression until about 1980. We made the investments together that helped build opportunity for all of us."

Starting with education, she talked about her own opportunities growing up poor and attending a local commuter college.

"I went to a commuter college that cost fifty dollars a semester," she remembered. "It opened a million doors for me. How could I go to a school that cost fifty dollars a semester? Because I grew up in a America that said, we collectively, all of us, are going to make those investments in education so that any kid, who works hard, who plays the rules, who tries to get out there and make something of herself, is going to have a fighting chance to make that happen."

Saying that we spent years investing in education, research, and infrastructure that built a robust economy, Warren laid the blame for America's current woes on Republican 'trickle down' policies of the 1980's

"Well we tried that, for more than thirty years and it really hasn't worked. It has cut the legs out from under America's middle class."

Watch the video below from Hardball: