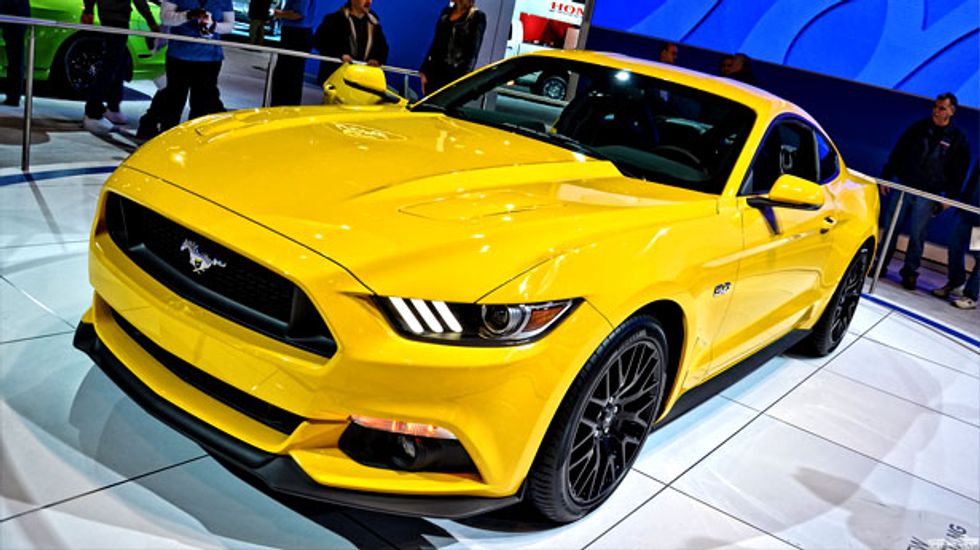 US auto giant Ford showed off its new Mustang at Asia's biggest tech fair Tuesday, billing it as "the smartest Mustang to date", with voice controls and early warning collision systems.

Due to go on sale in Asia-Pacific in 2015, the slick sports car can connect to drivers' mobile apps using a platform which will be introduced to Taiwan, New Zealand and Thailand next year for the first time, the company announced at the Computex conference in Taipei.

Ford already introduced the AppLink technology -- which allows drivers to make their mobile apps respond to voice commands -- in China, Australia and India earlier this year.

Celebrating 50 years of production, the original Mustang was launched at an event on top of the Empire State Building in 1964 and quickly became a byword for cool among America's youth, who loved the highly customisable "pony car" that stood out next to their parents' bulky sedans.

But the latest edition may put the reins on rebellious teens, with a feature which allows parents to limit top speeds and audio volume.

Despite this sensible streak, Trevor Worthington, vice president of product development in Asia Pacific, said the classic car continued to "resonate" with drivers.

"This enhances every aspect of driving, whether you're listening to music, changing the radio station, optimising your car for track driving or adjusting it for different road conditions," he said of the new model which has an aviation-inspired dashboard and comes with a choice of two different engines.

Smart technology and the Internet of Things -- a term used to describe the connection of everything from cars to household appliances to cyberspace -- is a major theme of Computex this year.

Ford displayed the new Mustang at the Beijing Auto Show in April in a bid to break into China's sports car market.

Tuesday was the first time it had been put on show in Taiwan.

In addition to the Mustang, Ford will demonstrate new vehicle-to-vehicle technology at Computex, which it says will allow cars to share information and potentially prevent accidents.