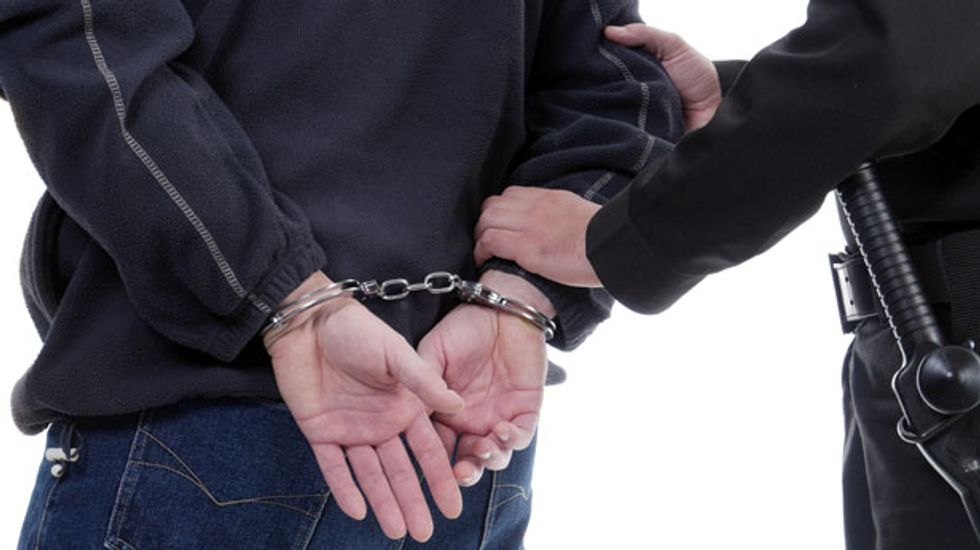 A former Florida sheriff's deputy, who has evaded authorities for 23 years after being charged with raping a six-year-old girl, has been arrested in Alaska on identity theft charges.

Joseph Keenan May, 60, who has been living under the name of his late stepbrother, Michael Camp, was arrested in his home in Eagle River, Alaska, by the FBI on Friday, reports the Bradenton Herald.

May has been sought since 1991 after skipping bail prior to trial for raping the young girl.

According arrest documents, May, a former road patrol deputy, was arrested in 1990 and accused of sexually assaulting 6-year-old girl, "on numerous occasions between 1970 and 1977 within Manatee County at several locations."

May admitted to oral sex and told investigators that he fondled the victim, but denied having intercourse with her.

According to authorities May committed his alleged crimes before joining the sheriff's office.

May was initially arrested in the fall of 1990 and held on high bond until a judge reduced it to $5,000, court records state.

Prior to his March 1991 court date, May disappeared and a warrant for his arrest was issued five months later.

Following his disappearance, May assumed the name of his stepbrother who is deceased.

"According to the indictment, May has been living under the identity of a stepbrother, Michael Camp, who died in his teens in the 1970s in Pennsylvania," the FBI release states. "The indictment charges two counts of unlawful use of a Social Security number, stemming from May's use of Camp's name and number to apply for an Alaska's driver's license in 2009 and unemployment benefits in 2013."

Authorities recently made the connection between May and the assumed name.

According to U.S. Attorney Thomas C. Bradley, May was arrested at his home where FBI agents found multiple weapons.

If convicted of the federal identity theft charges, May could be sentenced to up to 12 years in prison. He faces a life prison sentence if convicted of capital sexual battery in Florida.

May is currently being held without bail while Florida investigators meet with the state attorney's office to determine how to proceed since the case is so old.