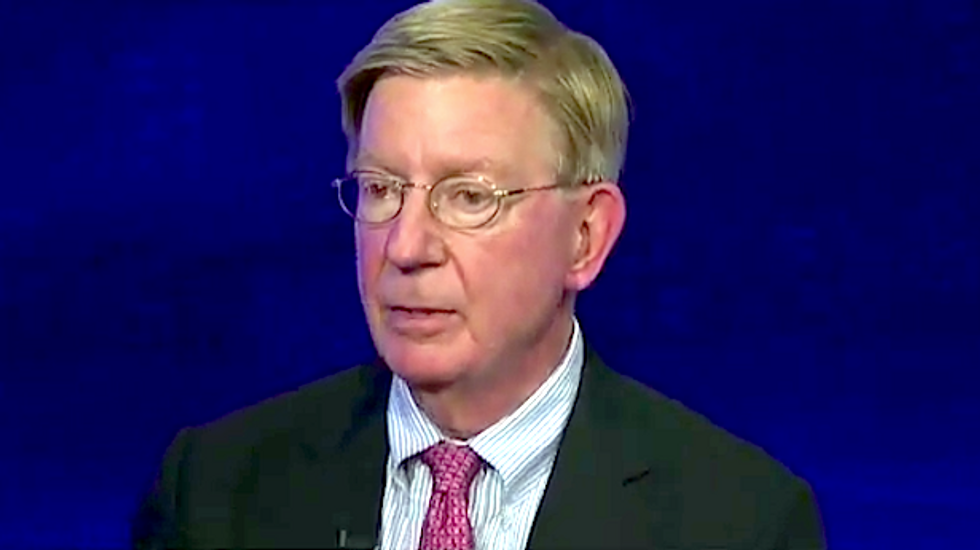 Columnist George Will defended a controversial piece he wrote earlier this month on college sexual assault, claiming he took the issue more seriously than his critics.

The Washington Post columnist and Fox News contributor argued in the column that college administrators promoted victimhood and extended “coveted status” to victims of sexual assault.

He also cast doubt on federal statistics that found one in five women was sexually assaulted while in college, while only 12 percent of rapes were reported.

“This is my job, when dubious statistics become the basis of dubious and dangerous abandonment of due process, to step in and say ‘Take a deep breath, everybody,’” Will told C-SPAN in an interview taped Thursday.

As in his column, he blamed alcohol and the so-called “hookup culture” for encouraging sexual misconduct.

“I take sexual assault more seriously than I think they do, because I agree that society has correctly said that rape is second only to murder as a serious felony,” he said. “Therefore, when someone is accused of rape, it should be reported to the criminal justice system that knows how to deal with this – not with jerry-built, improvised campus processes.”

He also dismissed concerns of four senators who sent him a letter of rebuke over his column, which caused the St. Louis Post-Dispatch to drop his syndicated work.

“I think I take sexual assault somewhat more seriously than the senators do because I think there’s a danger now of defining sexual assault so broadly, so capaciously, that it begins to trivialize the seriousness of it,” Will said, “when remarks become sexual assault, improper touching – bad, it shouldn’t be done, but it’s not sexual assault. We begin to blur distinctions that are important to preserve if you believe, as the senators purport to believe, that this is a serious matter.”

He blamed the Internet for encouraging passionate responses to controversial issues.

“Today, for some reason, and I’ve got some theories about it, indignation is the default position of certain people in civic discourse,” Will said. “They go from a standing start to fury in about 30 seconds. I think it has something to do with the Internet – you know, a wonderful thing. It has erased the barriers to entry into public discourse. That’s a good thing. Unfortunately, the downside to this – there’s a downside in everything – is among the barriers to entry that have been reduced is you don’t have to be able to read, write, or think, you can just come in and shout and call names and carry on.”

Watch an excerpt of the interview posted online by C-SPAN: