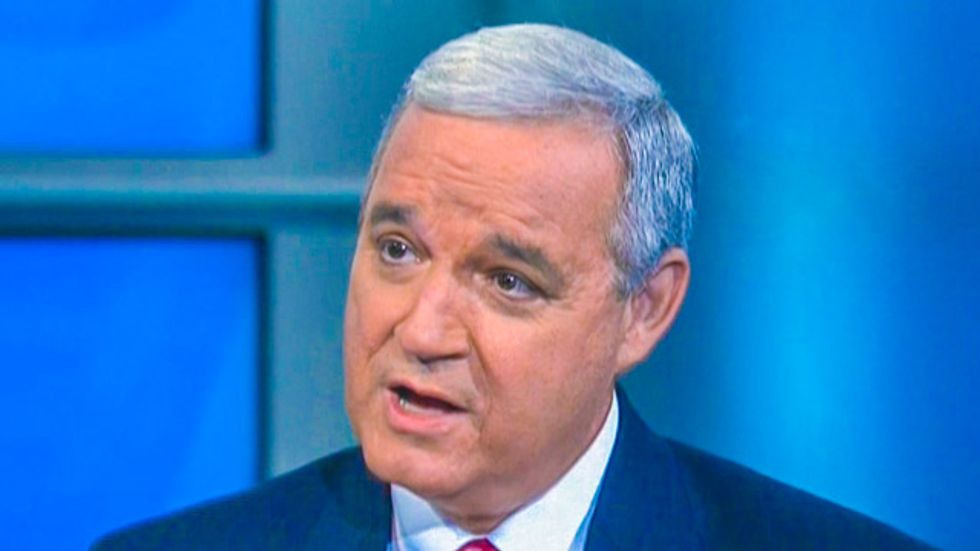 Rep. Jeff Miller (R-FL) on Monday cited the extinction of the dinosaurs as proof that man-made global warming was a hoax.

During an interview on MSNBC, host Richard Lui asked Miller if the Republican Party was going to lose votes because of people like Sen. Marco Rubio (R-FL), who recently insisted that scientists were wrong about human activity causing climate change.

Miller argued that polls showing that Americans agreed with scientists over Rubio, 56 to 33 percent, were meaningless because "anybody would answer a poll and say that they believe the scientists, but you have to understand that it is not settled science."

"The issue of climate change has been happening for a long time, and for us to be able to think that we, as matter of fact, can change what's going on right now to any substantive measure is really kind of foolish in my opinion," he said. "I'm concerned with the truth. And the truth is, climate has been changing for a long time. They call it global warming, global cooling. Now, everybody wants to call it climate change."

"Yes, the climate is changing. But it has been doing that for centuries," Miller added. "And for us to say that it is a settled argument right now, I think, again, is a foolish argument to make because there are scientists on both sides of the issue that say that it is not settled."

"But man made, isn't that the question?" Lui pressed.

"But then, why did the dinosaurs go extinct?" Miller shot back in frustration. "Were there men that were causing -- were there cars running around at that point that were causing global warming? No. The climate has changed since Earth was created."

Many scientists believe that climate change caused by a giant asteroid or comet led to the extinction of about 70 percent of dinosaurs.

Watch the video below from MSNBC, broadcast June 9, 2104.