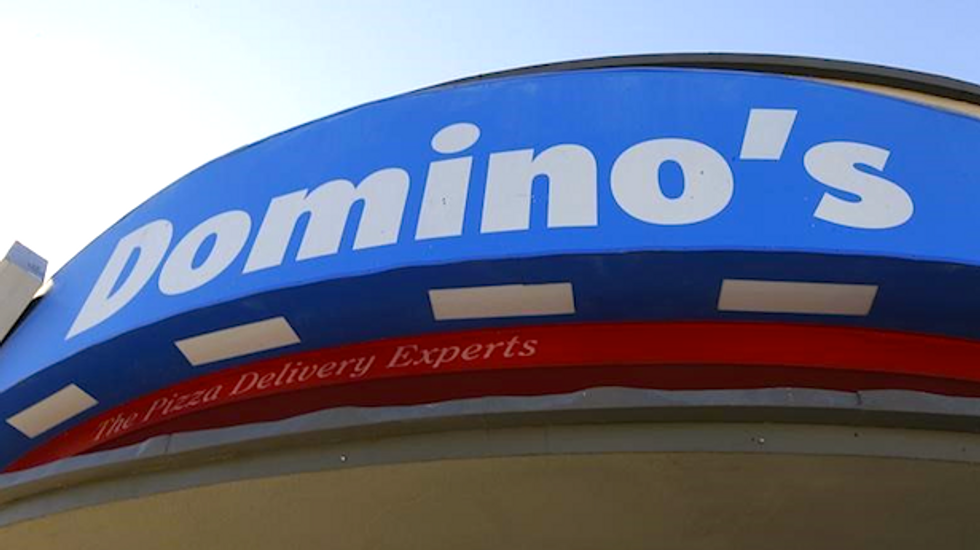 Hackers have stolen data on more than 600,000 Dominos Pizza Inc customers in Belgium and France, the pizza delivery company said, and an anonymous Twitter user threatened to publish the data unless the company pays a cash ransom.

Customer names, delivery addresses, phone numbers, email addresses and passwords were taken from a server used in an online ordering system that the company is in the process of replacing, Dominos spokesman Chris Brandon said on Monday.

He said he did not know if the stolen passwords had been encrypted.

A Tweet directed at Domino's customers through an account of somebody listed as "Rex Mundi" said hackers would publish the customer data on the Internet unless the company pays 30,000 euros ($40,800), according to an article in The Telegraph.

Brandon said he was not familiar with the ransom demands, but that the company would not be making any such payment.

Domino's Vice President of Communications Tim McIntyre said the hacking was "isolated" to independent franchise markets of Belgium and France, where the company's online ordering system did not collect credit card orders, so no financial data had been taken.

"This does not affect any market outside of France and Belgium," he said via email. "The site has been secured."