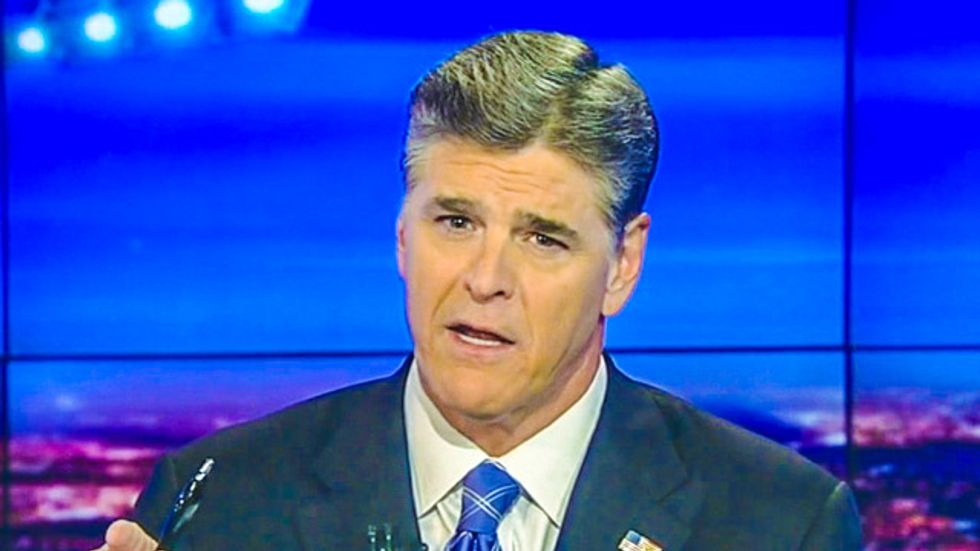 Sean Hannity asked a law student why she was more concerned about the status of American Muslims like herself than the victims of the Benghazi attacks.

Saba Ahmed, whose question during a conservative panel this week on Benghazi provoked a strong reaction from other attendees, appeared Thursday night on Hannity’s Fox News program alongside one of her strongest critics.

The Washington Post reported that conservatives in the crowd subjected Ahmed to “ugly taunting” after she asked why Muslims were not represented at the panel, but many have said video from that event does not show that level of mistreatment.

Brigitte Gabriel, president of ACT! for America, stood up following Ahmed’s comments and said hundreds of millions of Muslims were “dedicated to the destruction of Western civilization” and compared peaceful Muslims to Germans who allowed the Nazis to commit atrocities.

Hannity asked Ahmed why she chose to focus on the treatment of Muslims in America, rather than Benghazi.

"The forum was talking about Islamic jihadists, so I asked a question about Islam," Ahmed said. "So I didn't see how that was irrelevant. It was directly related to what the panel was about."

Gabriel accused Ahmed of steering the panel discussion away from Benghazi.

"The whole symposium was about Benghazi, and she took the limelight instead of standing up as an American, caring about how four Americans are dead, asking something about what we can do to hold our government accountable," Gabriel said.

"The whole panel was about accountability," she continued. "Yet she took the limelight asking a question that was completely not discussed, out of the blue. She might as well be asking, 'Why are we wearing green today?'"

Ahmed laughed incredulously and told Hannity she was speaking out against such practices.

"I'm against some of the barbaric practices around the world,” she said. “I think Islam has been misused by a lot people.”

Hannity cut her off before she could offer the statements he had demanded from her.

Watch video from the program posted online by tpmtv: