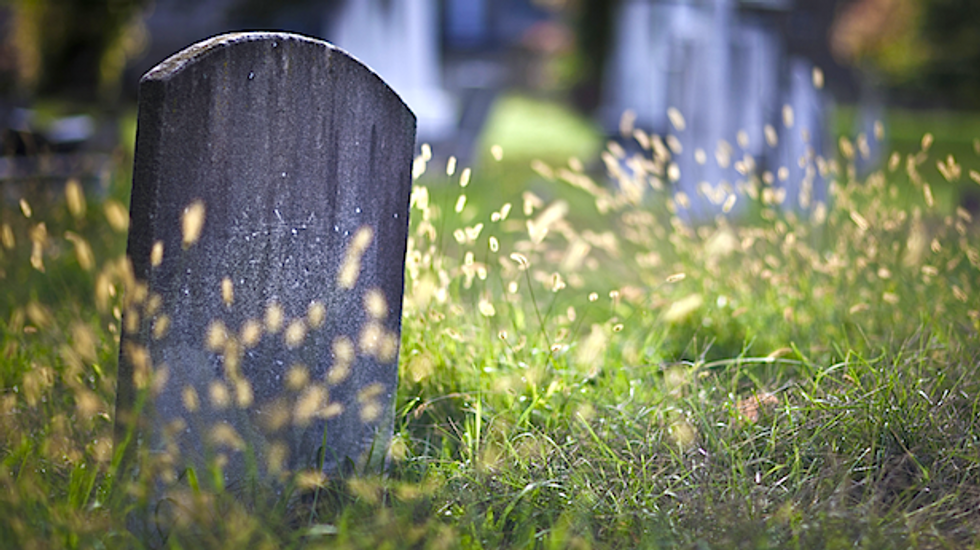 A Houston-area family is trying to determine who sent bulldozers to raze a historic black cemetery where slaves and war veterans are buried.

The Bradshaw Cemetery is clearly marked on Rand McNally and Key maps, reported KROI-FM, but heavy equipment began clearing a large swath through the burial ground Monday morning without giving notice to the property owners.

“I don’t want to see my grandmother dug up out of the ground, there’s no way,” said Jeremy Nelloms. “I’d die before I’d let that happen.”

The heavy equipment operators left after family members confronted them, the station reported, but they left behind a mess and a mystery over who ordered the work.

Developers are not legally permitted to excavate cemeteries, said a member of the Harris County Historical Commission.

“He had better stop and do some investigation because he could be in some bad trouble if he keeps on,” said commission member Trevia Wooster Beverly.

[Image: Tombstone and graves in an ancient church graveyard via Shutterstock]