John Oliver pulls the curtain back on Dr. Oz and his weight-loss 'magic beans' 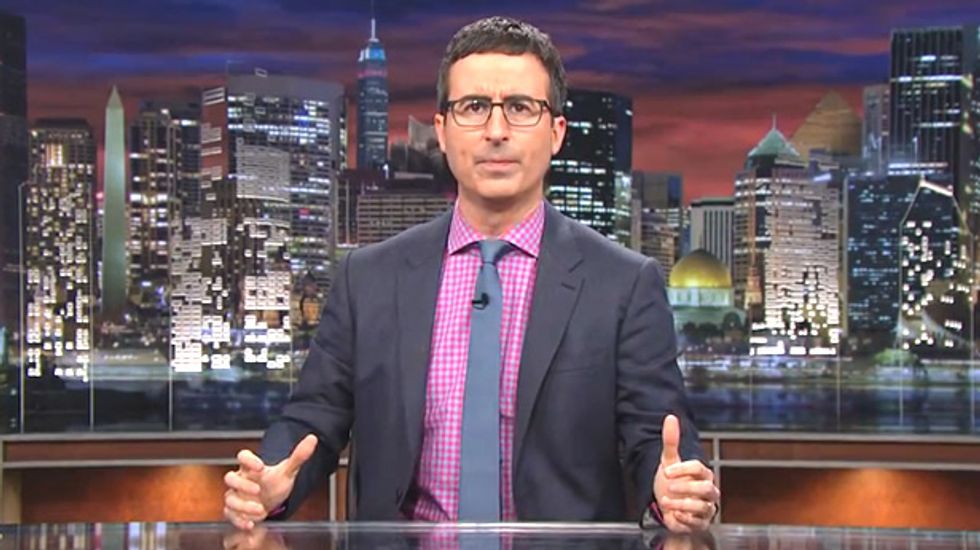 On Last Week Tonight with John Oliver, John Oliver ridiculed Dr. Mehmet Oz for claiming that he couldn't do a daily television show without occasionally promoting weight loss supplements as "magical" or "miraculous."

"Name me one case," Oliver said, "in which a man named Oz claimed mystical powers and led people horribly astray."

"The only problem with the 'Dr. Oz effect,'" he continued, referring to the skyrocketing demand for products Oz endorses on his shows, "is that magic pills don't technically exist -- and Dr. Oz knows that."

Oliver then cut to Dr. Oz testifying before the House Commerce Subcommittee on Consumer Protection & Product Safety, in which he said, "there's not a pill that's going to help you long-term lose weight without diet and exercise."

"That would be ridiculous," Oliver injected. "No one is claiming that there's a magic pill out there -- that would be stupid," before cutting to Dr. Oz claiming just that.

"This little bean," Oz said, "has scientists saying that this might be a magic weight-loss cure for every body type."

"And by the way," Oliver added, "a recent study found that the ingredients in those 'magic beans' not only fails to help lab mice -- it gives them the early symptoms of diabetes."

Watch Last Week Tonight with John Oliver via YouTube below.