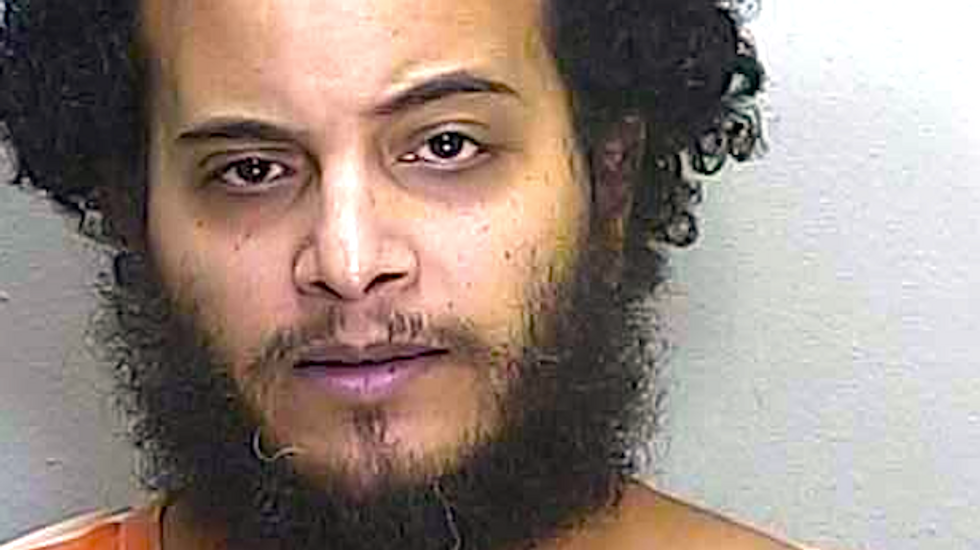 A Florida judge ordered a self-described sovereign citizen to send his daughter to school or face jail time.

Joseph Rosa, of Marion County, was arrested Thursday for failure to appear at a truancy hearing and brought before the judge on Monday morning.

Circuit Court Judge Anthony Tatti asked Rosa, who claims the government has no jurisdiction over him and that he’s bound only by common law, why he refused to enroll his 8-year-old daughter in school.

Rosa, who was shackled at the ankles and wrists, was accompanied during the hearing by five sheriff’s deputies and bailiffs after repeated confrontations with authorities – which he videotapes and posts on his YouTube channel.

He has been previously charged with driving without a license, obstruction of justice, and resisting arrest.

His daughter attended kindergarten and first grade at a local elementary school, but she hasn’t attended school since.

The 37-year-old Rosa has accused deputies of trespassing and insisted they cite the law he’s broken during videotaped confrontations at his home.

The judge ordered Rosa to send his daughter to school and told him she may not be late or have any unexcused absences.

She may attend private school but cannot be homeschooled, the judge said.

“I do not take this matter lightly,” Tatti said. “You have deprived your child of the one thing that our government has been fairly good at doing, and that is offering an education to the children of this nation. It is her right, as far as I am concerned, to have an education, and you don’t have the right to deprive her of that. She will be in school.”

If she’s not, the judge said Rosa could face up to 180 days in jail for contempt of court.

When asked if he understood the judge’s order, Rosa again recited his sovereign citizen pledge and said, “I don’t understand nothing.”