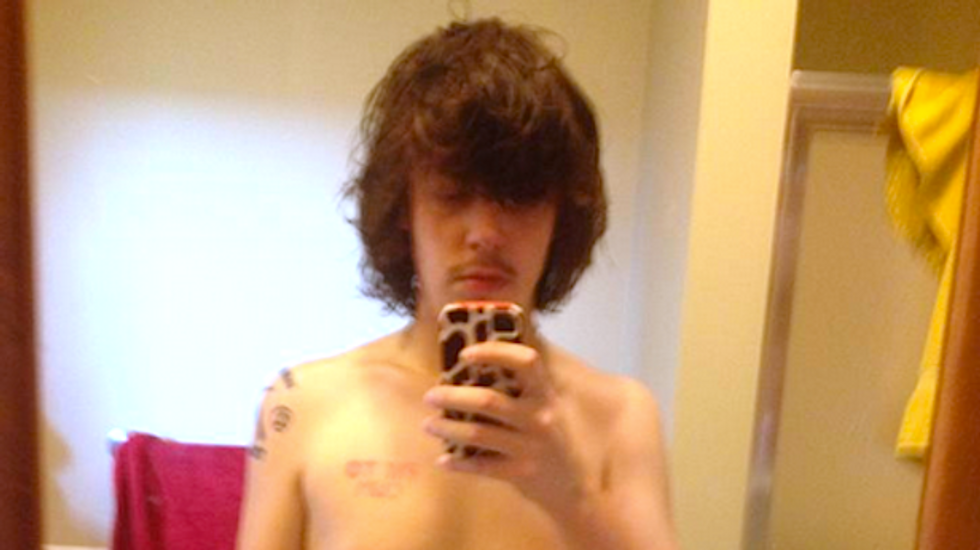 Police said Bradbury claimed to be the leader of a group called “765 Anarchists,” which he said was formed for the purpose of killing law enforcement officers and had included the Millers as members.

Court documents show Bradbury made references on Facebook to gathering thermite and explosives and his plans for a possible suicide bombing.

Thermite can create brief bursts of high temperature so hot that water cannot extinguish it.

Jerad Miller, who moved with his wife from Lafayette, Indiana, to Las Vegas in January, had described the Tippecanoe County Courthouse in a rambling YouTube video as a “beautiful building” that was a “monument to authoritarianism.”

Miller and his wife, Amanda, shot and killed two police officers June 8 at a fast-food restaurant and then killed a shopper who confronted them at a nearby Wal-Mart.

Bradbury’s mostly private Facebook page, which shows him posing for a selfie wearing what appears to be a loincloth, indicates a similar perspective to the couple, who sought various avenues for fighting against perceived government tyranny – including a brief stint at the Bundy ranch and supporting American Independent Party political candidates.

Like Jerad Miller, Bradbury had been convicted on marijuana-related charges, and he liked Facebook pages such as “No Tears for Dead Cops,” “I HATE COPS!” and “Illuminati Exposed (This is the resistance).”

Court records show Bradbury had unsuccessfully claimed last year that his Fourth Amendment rights were violated by a patdown outside his home, where police discovered marijuana in his pockets and then later inside his home.

In the latest case, police executed a search warrant at homes frequented by Bradbury and found chemicals that investigators said could be used to build explosive devices.

He also faces federal charges, but those are sealed until Bradbury appears Monday in U.S. District Court Northern District of Indiana in Hammond.