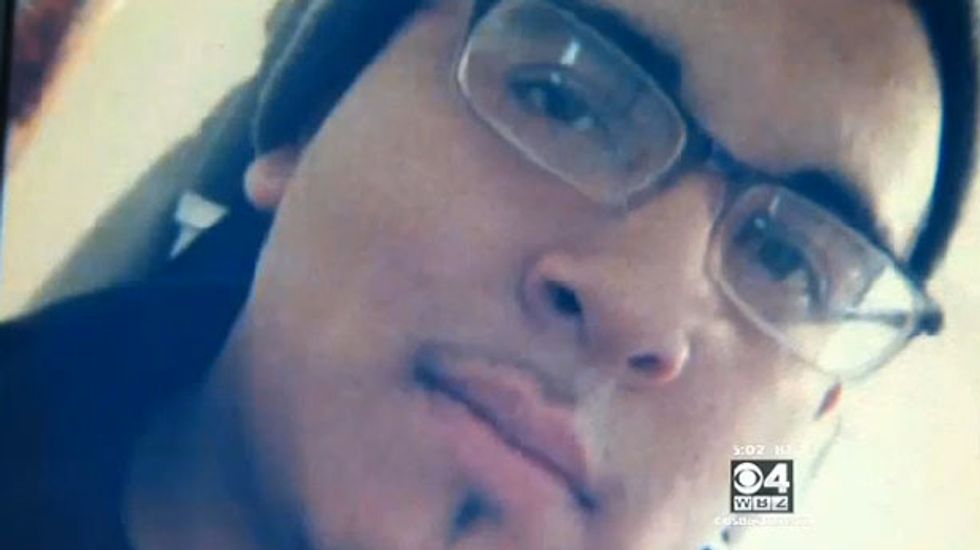 A Massachusetts man is being held by authorities after allegedly putting hot sauce in a 3-year-old's mouth and then taping the child's mouth closed with duct tape.

Christopher Delcid, 21, pleaded not guilty Wednesday to charges of assault and battery on a child and child abandonment, according to WBZ Boston.

The boy's mother, Katherine Rodriguez, 20, was arraigned today on charges of child abandonment and permitting injury to a child.

According to authorities, police were called to an extended-stay motel, where the couple resided with two other children, by Delcid's sister reporting the 3-year-old's abuse.

Police arrived to find the boy by himself and lying on a mattress on the floor in a corner of the room with the TV on.

Noticing signs of abuse, the child was taken to North Shore Children’s Hospital in Salem, where he described to police and social workers being punched in the face, beaten with a belt, and having his hands taped together. Asked about a scratch on his face he explained that he caused it when pulling duct tape off of his mouth.

When asked why there was tape on his mouth, an officer said the boy told him, “Daddy put hot sauce in his mouth and then put tape over his mouth.”

Asked how often he was punished, the boy said, “Every day. Daddy says I’m bad every day.”

Delcid, who is not the boy's father, arrived with Gonzalez at the hospital more than three hours after leaving the child alone, where he was asked by police about the child's injuries.

Delcid admitted that he used a belt to beat the boy, but denied the other accusations.

Paul Moraski, a lawyer for Delcid, told reporters that Gonzalez told him that boy suffered from attention deficit hyperactivity disorder, and explained away his injuries as stemming from falling off of playground equipment and that he regularly slams his head into walls, floors and furniture.

Both adults are currently being held and all three children are in the custody of the state pending a full investigation, according to police.

Watch the video below from WBZ Boston: