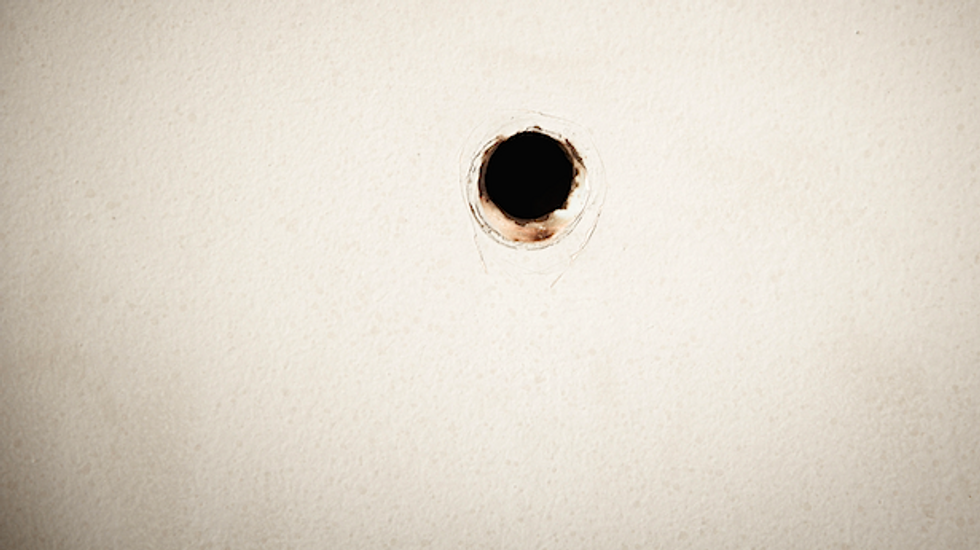 An eastern Pennsylvania man was awoken early Tuesday when the loaded rifle in his lap accidentally fired, blasting through the wall of an adjacent apartment.

Greg Winnick, of Wind Gap, said he had been watching YouTube videos about a new trigger for his AR-15 after installing one on his gun when he apparently dozed off at the computer with the gun cradled in his lap, reported The Express-Times.

The 37-year-old, who said he had been awake since midnight Sunday, told state police he had not realized the weapon was loaded.

Winnick told police he vaguely remembered loading the gun with a magazine but does not recall placing a live round in the chamber.

Neighbors told investigators they were woken up by a loud noise and found a hole in the bedroom wall adjacent to Winnick’s apartment.

They also found damage to the ceiling and another hole above a light switch in the opposite wall, police said.

The couple’s two children, who are ages 1 and 2 years old, were sleeping in the apartment when the gun fired through the wall.

Police said the bullet entered through the wall above the couple’s mattress.

Winnick was charged with aggravated assault, discharge of a firearm into an occupied structure, and recklessly endangering another person.

[Image: Hole on the wall via Shutterstock]