Marriage equality came to Mass. 10 years ago and these people still aren't over it 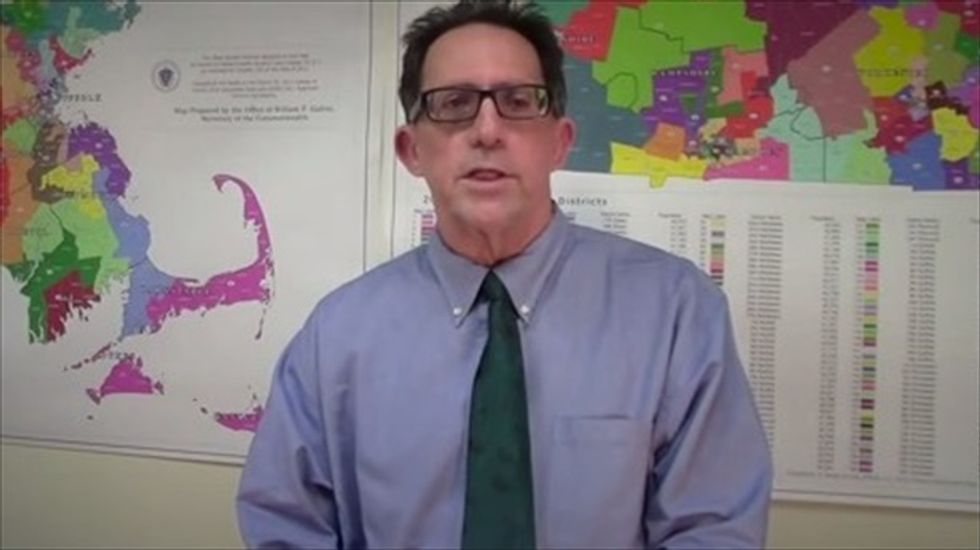 A video released late last year by the anti-LGBT group Mass Resistance was probably intended as a snapshot of problems inflicted upon Massachusetts since the state legalized marriage equality a decade ago -- but instead does just the opposite.

"It's been used as a hammer to force everyone to accept homosexuality," the group's president, Brian Camenker, says early on. "The slippery slope is real. New radical demands never cease."

Throughout the nearly 30-minute video, Camenker bemoans what he describes as a loss of innocence caused by the state Supreme Court decision in Goodridge v. Department of Public Health.

Among those "radical demands" by LGBT activists, he argues, are auto, health, and life insurance policies for members of same-sex married couples; protection under the law; recognition of their communities by local elected officials. Camenker also argues against the idea of schoolbooks "normalizing" LGBT families by depicting them as happy and productive, as seen here:

Camenker also complains about activists' push to stop discrimination against the trans communities, which he compared to making schools in to "Nazi concentration camps" earlier in 2013.

"Not too long ago, cross-dressing was a fringe behavior," he scoffs. "Now, the transgendered rights movement is celebrated at the highest levels of state government. Men not only dress as women, but get medical procedures to look like women, and march in the streets for transgender rights."

Watch the video, as posted online in October 2013, below.