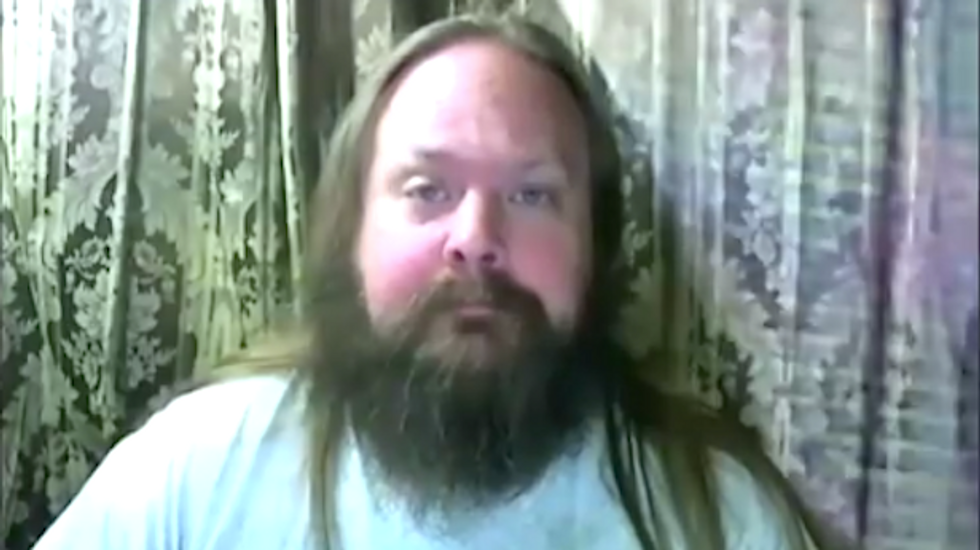 Men’s rights activists are raising money to save a conference scheduled for later this month after its venue received alleged death threats.

Janet Bloomfield, social media director of the International Conference on Men’s Issues, made an appeal for donations in a 17-minute video produced by men’s rights blogger Dean Esmay and posted online Sunday night.

The video features dozens of other supporters describing themselves as "real" people who are advocates for men's and boys' rights and critics of feminism.

The group had exceeded its $25,000 goal by Tuesday morning. The money is needed to pay for additional security at the event, scheduled for June 27 and 28 at the DoubleTree Suites by Hilton in Detroit.

Paul Elam, founder and publisher of A Voice for Men, which is hosting the conference, said the hotel had sent him a certified letter asking the group to pay for seven Detroit police officers to stand guard in three shifts, 24 hours a day, at the hotel to protect the safety of other guests.

The hotel also required organizers to pay for $2 million in commercial general liability insurance and additional insurance for the police officers, Elam said.

Esmay told The Raw Story the insurance policies would cost the group about $1,000 altogether.

A police spokesman told The Detroit News that the hotel had contacted the department about hiring off-duty officers to provide security, but he told the newspaper that police had not been notified about any threats against the hotel or the conference.

The hotel's owner told the newspaper he was unaware of the conference and any threats made against it, but he said it wasn't unusual for hotels to require additional security for some events.

“We have received numerous calls and threats and are concerned for the safety and well-being of our employees, our guests, and your attendees,” hotel officials said Thursday in a letter to Elam. “The threats have escalated to include death threats, physical violence against our staff and other guests, as well as damage to the property.”

Esmay said event organizers had not been provided with details about the threats, but he suspected they might have been made by some of the controversial group's outspoken critics.

“We’ve had ongoing problems with the feminist establishment, which is a multibillion-dollar hate industry, for years,” Esmay said.

The Southern Poverty Law Center has described A Voice For Men as “women haters whose fury goes well beyond criticism of the family court system, domestic violence laws, and false rape accusations” -- but the organization stopped short of calling them a hate group.

“A false narrative has been created to make us look like a threat, and this has been going on for 40 years,” he said.

Esmay said the feminist establishment had marginalized men’s rights activists because they claim domestic violence is not a gender issue and that women’s shelters and other services intended to protect victims actually harmed them.

“They have a lot of money at stake,” Esmay said.

He wasn’t sure if the threats were related to the fatal shootings last month of seven people by a gunman who has been lumped among men’s rights activists – although Esmay and others bristle at the comparison.

“If they’re related to the shooting, they’re doing it opportunistically,” he said.

He was disappointed that some of his group’s opponents had apparently tried to shut down the conference instead of attending.

“We have multiples times offered to contact protesters and talk, invited them to peacefully protest and attend, you know, and find out that we’re human,” Esmay said. “But all they’ll tell me is they won’t talk to terrorists or make fun of me or just ignore me.”