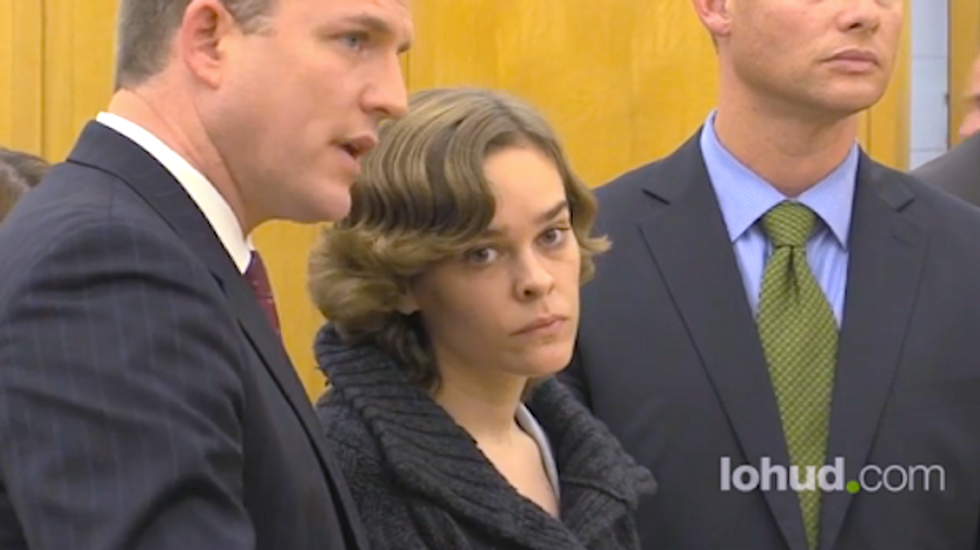 A woman accused of slowly poisoning her son to death to gain attention on social media may have lied about sexual abuse, eating disorders, abortions, and parenthood, say those who knew her.

Lacey Spears was indicted this week in White Plains, New York, on second-degree charges of depraved murder and manslaughter in the Jan. 23 death of her 5-year-old son, Garnett Paul Spears.

The boy died from acute sodium poisoning, and investigators say his mother injected high doses of sodium into his gastric feeding bag after medical personnel left the hospital room and then attempted to dispose of the evidence.

Investigators believe Spears may suffer from the rare psychological disorder, Munchausen by proxy, which causes parents to harm their children to gain attention and sympathy.

The cause of the disorder is unknown, but some researchers believe it may be triggered by abuse or neglect endured by the parent during childhood.

The Journal News conducted a lengthy probe into Spears that found the 26-year-old had a troubled past littered with disturbing signs and concerning behavior.

A childhood friend said Spears claimed as a teen she had been abused, although no public finding has ever been issued in that case.

Authorities in New York have interviewed many of the same friends reporters spoke to in their investigative report, including her best friend in elementary and middle school.

"She'd collect Beanie Babies and American Girls dolls," said that friend, Jessica Lee Kyle. "With her American Girl doll and my regular baby doll, we'd act like we were the babies' mothers. We would take care of them as if they were our own kids, (but) she took it to a more extreme level than I did. Even if she went to Walmart, or out and about, she'd take (the doll) everywhere. It was something that gave her comfort."

Kyle said her friend abruptly changed her behavior as they entered middle school in Alabama.

“She decided it was time to grow up and put the baby dolls aside," Kyle said.

But Spears continued to attach herself strongly to babies, acquaintances say, and she claimed to be pregnant in 2002, when she was 14.

"I said, 'Do your parents know? What're you going to do?'" said Paula Sandlin, now 47, who she met through a church softball team. "I didn't believe her; she didn't look pregnant. But I didn't want to call her a liar, in case there was some bit of truth to it."

Sandlin said the teenaged Spears later told church members she’d had an abortion at a hospital, but a friend pointed out that hospital did not perform the procedure, so she claimed she’d gone to Florida.

"If she didn't get a certain reaction, she would move to a bigger lie," Sandlin said.

She also said Spears claimed she was anorexic, although others could prove she'd eaten when she claimed she hadn't, and Sandlin said the church's youth pastor intended to hold an intervention to confront her about lying, although he called it off after speaking to the teen's mother.

Spears also posted photos on MySpace of children she babysat, claiming they were her own.

When one mother confronted Spears, the newspaper reported, she apologized and insisted she’d never hurt the child.

Spears gave birth to her own son at 21 years old, and the boy spent much of his life in hospitals and doctors offices – including 23 hospital trips in his first year, according to her Facebook page.

“If you're a girl raised in a family in which you don't get the nurturance that every person needs to form a healthy personality, you start to take in things from the outside that will give you a ready-made personality," Dr. Mark Sirkin, a clinical psychologist and Mercy College professor, told The Journal News. "Being a mom is a ready-made role that our society provides women. I would speculate that this young woman was so empty that here was this ready-made social role that she could jump into. And who doesn't love a caretaking mom?"

Sirkin said he has not examined Spears, but he’s read news account of Garnett’s life and death.

"Even at a very early age, she could get praise – which I'm guessing she desperately sought – for being a good mother, role model, and caretaker," Sirkin said. "And the Internet gave it this extra oomph, a lot of juice. Suddenly, she's not just a good mom in a small family group, she's an international good mom, a viral good mom. Suddenly, everyone's giving her these kudos."

Spears -- who has come to be known as a "mommy blogger" -- posted about her son, his health, and their life together on social media -- although she rarely tweeted, and not since 2010, and her blog, Garnett’s Journey, had only two posts, one in 2011 and another in 2012.

The psychologist said that could have come together in a “perfect psychological storm” that caused her seek additional attention for being “the heroic mother of a damaged child.”

Watch this video of prosecutors outlining their evidence against Spears in this video posted online by The Journal News: