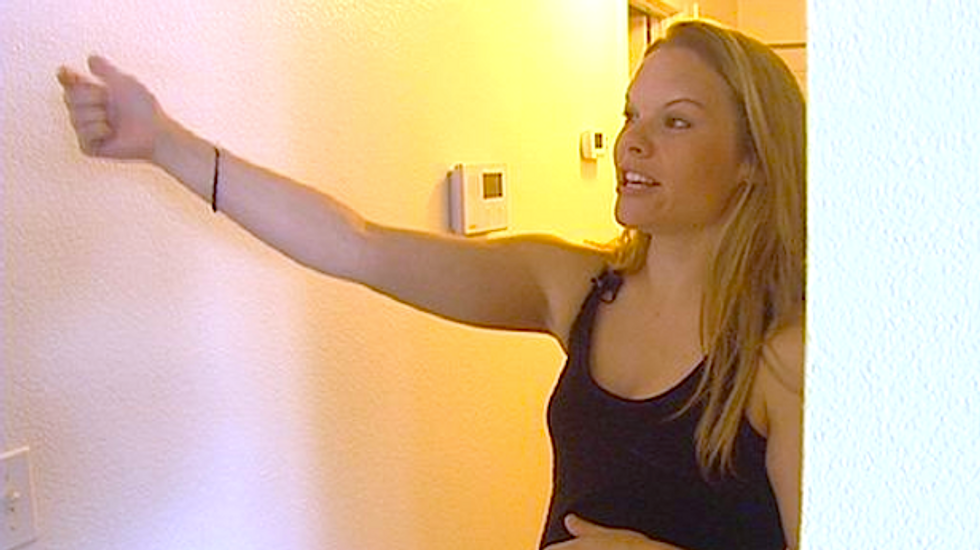 An Idaho couple awoke last week to find a naked man had flooded their kitchen and defecated on their floor, and they still can’t believe he wasn’t arrested.

The intruder, identified by police as 25-year-old Matthew Coomes, had been drinking before he entered the family’s Kuna home on June 15, took off his clothes, and relieved himself on a carpeted floor, reported KTVB-TV.

"We woke up 6:30 Sunday morning to a naked guy walking into our bedroom," said Tricia Gillaspy. "My husband's like, 'What the heck is going on?' and I'm screaming in utter panic."

Gillaspy said her husband grabbed a gun and confronted the intruder, who had run into another room to put on his shorts after surprising the couple, but she said the man refused to leave.

Coomes began walking out of the house at gunpoint while the couple called 911.

"He's like, 'There's a guy in my house. I'm going to shoot him; you better get a cop here now,'" Gillaspy said.

Coomes left the house -- which the family had moved into just two days before -- but not the property, before officers arrived, and he was cited with two misdemeanors and driven home by police.

Gillaspy said police told the couple afterward that if they had wanted Coomes arrested, they should have done it themselves.

A police sergeant told Gillaspy she could have made a citizens arrest on those misdemeanor charges, but a police spokesman told the TV station the couple should have been told that earlier.

The department is conducting an internal investigation into the incident.

Police expect Ada County prosecutors to charge Coomes with a felony count of malicious injury to property because the damage exceeded $1,000.

"He took this sink sprayer out and this drawer was in (the sink),” Gillaspy said. “He put it in the drawer, turned it on full blast hot water, it filled that entire drawer full.”

She said that flooded the kitchen, but the damage elsewhere was even worse.

“He craps on my floor, and he must have been playing in it because he streaked it down the side of my walls,” Gillaspy said. “The stain is gone finally, thank goodness."

Coomes told police he doesn’t remember being inside the home.