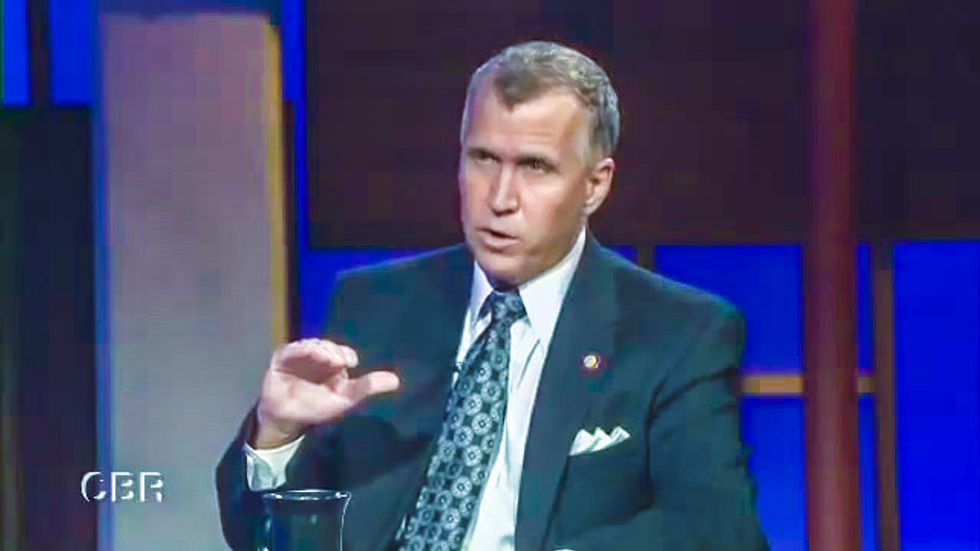 Republican U.S. Senate candidate from North Carolina Thom Tillis complained in 2012 that the "traditional" population in his state was not growing, unlike African-American and Hispanic populations.

During a 2012 interview that was uncovered by Talking Points Memo this week, Carolina Business Review host Chris William asked Tillis why Hispanics that voted for President George W. Bush were not supporting then-nominee Mitt Romney.

Tillis argued that the change was less about the GOP message, and more about shifting demographics in the United States.

"If you take a look, you mentioned the Hispanic population —the African American population, there's a number of things that our party stands for that they embrace," he explained. "I think we have to do a better job of communicating it."

Tillis said that those groups of people would be attracted to "a focus on limited government and free markets, which is something that's appealing to everybody."

"The traditional population of North Carolina and the United States is more or less stable," the state House Speaker continued. "It's not growing."

In comparison with the "traditional population," Tillis noted that the "African American population is roughly growing but the Hispanic population and the other immigrant populations are growing in significant numbers."

"A lot of the state's recent population growth is from people who move from other states to live, work, and settle down in North Carolina. Thom Tillis for example," Keylin insisted.

Watch the video below from Carlina Business Review, uploaded Oct. 31, 2012.