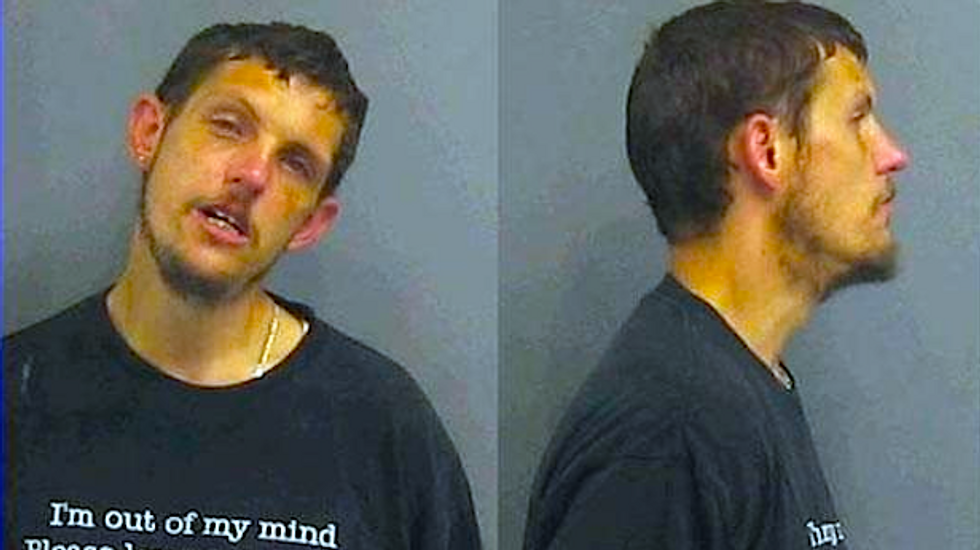 An Ohio man with a history of public indecency was arrested Wednesday morning after he was caught for a third time performing sex acts on a pool float.

Tobergta was nude and could be seen from nearby businesses and passing cars, witnesses said.

Police records show Tobergta was arrested for similar crimes in 2011 and 2013.

He was convicted in 2011 of public indecency after neighbors accused him of performing sex acts on their pool float.

A relative said after that arrest that Tobergta had mental issues and needed help, but it wasn’t clear if he had undergone treatment.

In his latest booking photo, Tobergta is wearing a T-shirt that reads: “I’m out of my mind. Please leave a message.”

He was accused last year of performing sex acts on another pool float while nude outside his home and within view of children.

Tobergta pleaded guilty to public indecency and sentenced to 11 months in that case.

He was released from prison in March.

Tobergta is scheduled to appear next week in court in the latest case, and he remains held on $35,000 bond.