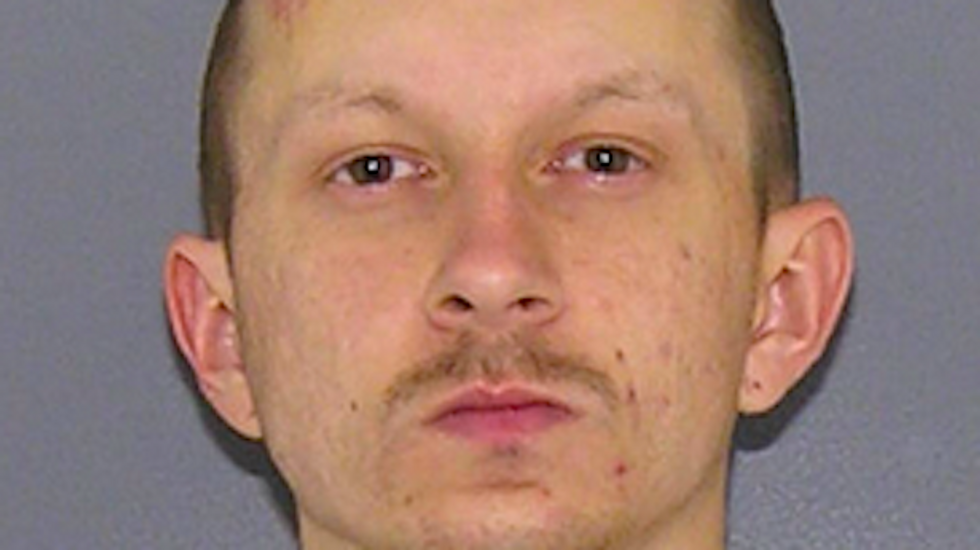 Police arrested one of four people who walked through a Cincinnati neighborhood while openly carrying AR-15 rifles and repeatedly using racial slurs and profanity.

One of two men in the group, which included two women, filmed their open carry rally in the East Price Hill neighborhood, where they walked past District 3 police headquarters and marveled that they were exercising their constitutional rights.

“Broad day, you see this? Walking down the street with a AR-15,” says the man filming the demonstration, who police later identified as Jesse Deboard.

The video, which was later posted on YouTube and shared on social media, shows the foursome encounter police officers, who question them on camera but let them go on their way, reported WKRC-TV.

"Like you said, it's your right to do that, it makes no sense to me I mean, unless you just want attention and us to stop you and ask you," an officer says on camera. "I just don't understand it, that's all. I've seen enough of these YouTube videos where everybody just tries to get the cop to stop them."

The group then brags about openly carrying assault weapons on city streets.

"Open carry in the state of Ohio, the cops can't do nothing," one of them men says on camera.

Deboard can be heard asking if unidentified Facebook friends "still want that drama, though."

"This is going on YouTube, n*gga, world star," Deboard says to a passing group of black men.

Police conducted a further investigation after the video was posted online, and the 23-year-old Deboard was arrested and charged with menacing by stalking and violation of a protection order.

He remains jailed on $25,000 bond, and an April 16 Facebook post apparently announced his intention to buy the weapons seen in the video.

Warrants were also issued for Chris Masters and Christina Tharp, and the fourth person in the group was identified as Stephanie Coverman.

The full video shows a near-compulsive use of the N-word by Deboard, who frequently tags social media posts to indicate his support for Second Amendment rights, but police don't believe the group is associated with any gangs or white supremacist groups.

About 38 percent of East Price Hill's 15,340 residents are black, compared to 51 percent citywide.