Ohio man warns drivers of DUI checkpoint, as police are required to -- then they ticketed him 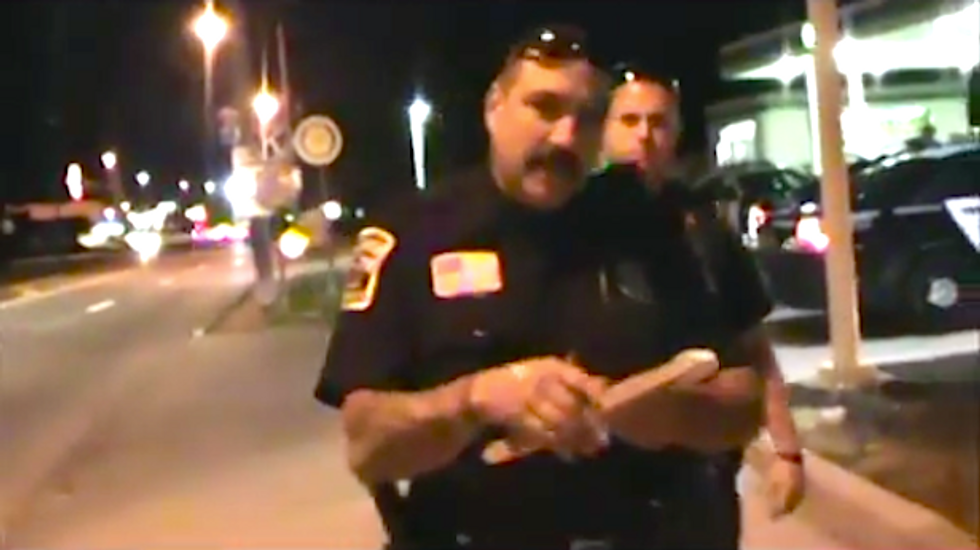 Police ticketed an Ohio man who warned drivers of a drunken-driving checkpoint – although police departments are required by law to notify the public.

Lt. Brian McCann asked him to remove the portions urging drivers to turn around, reported the Cleveland Plain Dealer, saying it was obstructing police business.

But Odolecki refused, and he was issued a ticket by Officer James Manzo – who was involved earlier this year in a $40,000 police brutality lawsuit.

Odolecki said he’s used the same sign for two years without incident, and he said Manzo and McCann "tried to be a civil as they could knowing they were violating someone's rights."

His attorney said he decided to take the case because he supports the police accountability activist movement.

"The problem here is not the sign in general,” said attorney John Gold. “It's the part of the sign that instructed drivers to turn that the officers had an issue with. But I think regardless it's protected speech under the First Amendment."

Gold said the citation would have been justified if Odolecki were obstructing an investigation or presenting a safety hazard, but he said his client was standing on a sidewalk and there was no active investigation – just a drunken-driving checkpoint.

Ohio law requires police officers to alert the public a week before setting up drunken-driving checkpoints, and the exact location, start time, and end times must be made available a few hours before.

A bill is pending in the state House of Representatives to allow drivers to legally warn others of upcoming checkpoints by flashing their headlights.

Watch video of the incident posted online by greaterclevelandcopblock: