OK GOP candidate: Let cities decide whether gays should be stoned to death 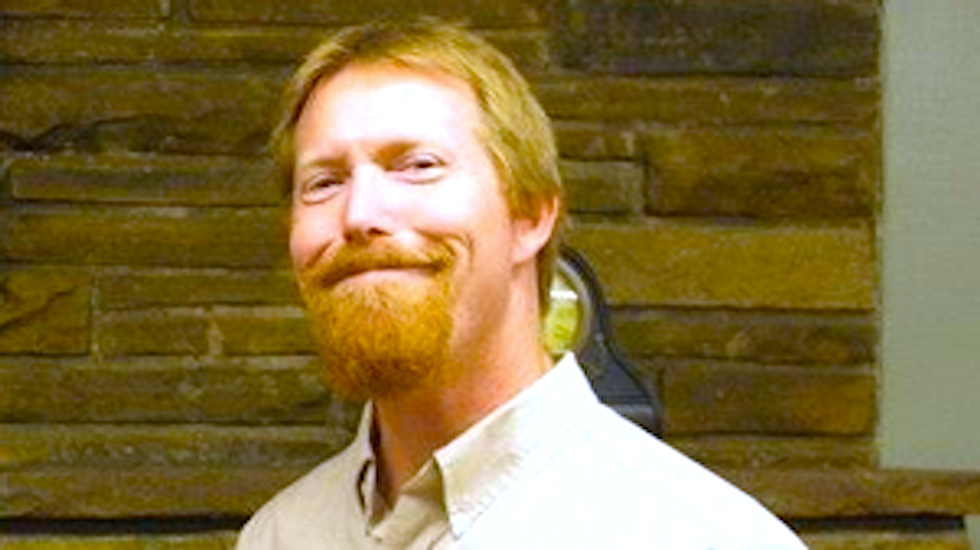 A magazine editor in Oklahoma was putting together candidate information for a feature when a friend alerted him to online comments posted last year by a candidate for state representative.

“This guy posted on Facebook that homosexuals should be stoned to death,” said Rob Morris, who published the Moore Monthly and MooreDaily.com. “My first response was, ‘You’re nuts, nobody would be stupid enough to do that.’”

But Scott Esk, a Tea Party Republican and John Birch Society member, did exactly that – repeatedly.

The GOP candidate responded to a post on Pope Francis saying “who am I to judge?” on homosexuality by posting numerous Old Testament quotations prescribing capital punishment for LGBT people.

Another commenter asked, “So just to be clear, you think we should execute homosexuals (presumably by stoning)?”

“I think we would be totally in the right to do it,” Esk said. “That goes against some parts of libertarianism, I realize, and I’m largely libertarian, but ignoring as a nation things that are worthy of death is very remiss.”

Esk, who boasted of his "computer skills" and "good physical shape" to other Ron Paul supporters, said he became active in politics because he was tired of "collectivists stealing our freedoms constantly!!!"

"I believe that rights come from God – not from government – and that it should be limited, its taxes and spending should be low, its regulations few, and its protection of our liberties constant," said Eck, who also calls for jury trials in divorce cases.

Esk told other Facebook commenters that, “if it helps any,” he believed such laws should be instituted locally, and not at the federal level.

“I would hope that libertarians who don’t think perversion should be punished in any way between consenting adults would be open-minded and look at the different results between a state that ignores it and (one) that punishes it severely,” he said. “And within a state, cities and communities may well have different policies, and I cheer that. That way, people can decide for themselves whether they want to live in a particular community based in part on how things like this are dealt with.”

Morris called Esk to ask him about his comments.

Morris said he’d never met anyone in Oklahoma who held such extreme views.

“Even people that don’t agree with things like gay marriage, they -- nobody wants the death penalty for gays,” Morris said. “I mean, that’s the most asinine thing.”