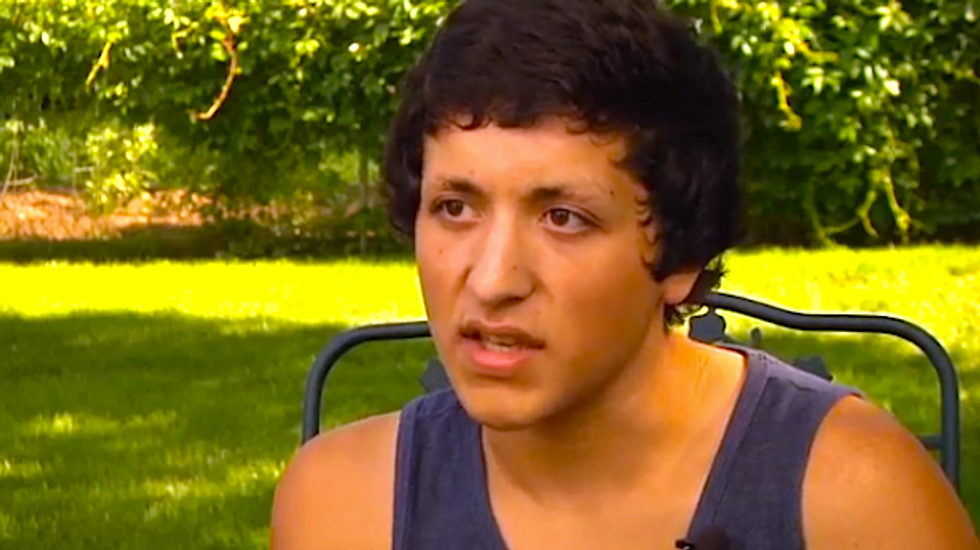 A South Dakota teen said his manager forced him to wear a demeaning nametag while working at his fast food job.

Tyler Brandt said his boss had been verbally abusive to him since the 16-year-old began working at a Mexican restaurant in Yankton, reported KELO-TV.

"I've been very vulnerable, and I've been allowing him to say things to me that shouldn't be said, and after a while I was just worried about being terminated from my position at Taco John's,” the teen said.

The verbal abuse escalated, the teen said, and the manager pulled him into his office and gave Brandt a nametag that read “Gaytard.”

“I put it on because I didn't want to upset him, and I felt that if I did do anything to upset him, it would cause me to lose my job because he'd be looking for ways to fire me,” Brandt said.

The teen said he tried taking off the nametag several times, but the manager forced him to wear it all day in front of customers.

"I would always stay behind the till so they couldn't see the name tag,” Brandt said. “I didn't want them to see it, but even though they couldn't see it, he would still call me by the name across the store and customers would notice.”

He decided to quit the following day, after talking with some friends, and he said the manager asked for the nametag back.

Manager John Scott, whose father owns the franchise, told the Yankton Daily Press & Dakotan that Brandt picked the nickname for his nametag while joking around with co-workers, but the teen disputes that.

“Do you really think I’d want to go around making a mockery of who I am?” said Brandt, who is openly gay. “It’s really irritating to think someone could believe I would want that label.”

“The type of discrimination that reportedly took place recently in the Yankton, South Dakota, restaurant is deplorable,” Linville said in a statement. “Such actions will not be tolerated by our company.”

Brandt said he planned to contact a lawyer to pursue possible legal action.

Update: Comments from the restaurant manager and other information added.