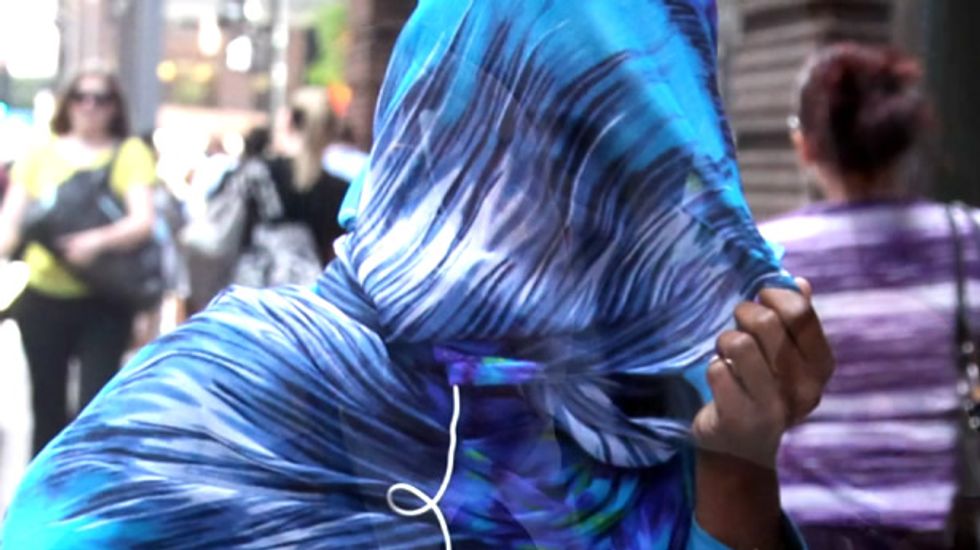 Former U.S. Attorney Patrick Fitzgerald and eleven other federal court officials testified in federal court on Tuesday that they didn't believe they owed money to a sovereign citizen who placed a $100 billion lien on each of their homes.

According to prosecutors, Cherron Phillips (pictured above) placed the bogus lien on Fitzgerald's home -- as well as similar liens on the homes of other federal court officials in the Chicago area -- after then-Chief U.S. District Judge James Holderman ordered her removed and barred from the courthouse in which her brother Devon's drug case was being tried.

Phillips and her brother are part of the sovereign citizens movement, a loose alliance bound only by an anti-government ideology. Sovereign citizens believe that they alone decide which laws they must obey, and regularly file nonsensical lawsuits designed to swamp the legal system. The Southern Poverty Law Center (SPLC) notes that while "a normal criminal case docket might have 60 or 70 entries, many involving sovereigns have as many as 1,200."

Moreover, "[s]overeigns believe that if they can find just the right combination of words, punctuation, paper, ink color and timing, they can have anything they want — freedom from taxes, unlimited wealth, and life without licenses, fees or laws, are all just a few strangely worded documents away."

These tactics are what prosecutors allege Cherron Phillips -- who also goes by the alias River Tali El Bey -- employed against Fitzgerald and dozens of other federal judges, prosecutors, court clerks, and police officers who had bogus liens placed on their homes.

She has been charged with twelve counts of retaliating against a federal official by filing false claims. When asked how she pleaded, she said, "I accept for value in returning for value for settlement in closure of this accounting."

Prosecutors argue that after she was barred from the courthouse, Phillips went to the Cook County Recorder of Deeds Office and filed a dozen false maritime liens that would prevent people from selling -- or even paying taxes on -- their property.

The judge who barred her from his courthouse testified that when Phillips sent him a document demanding he appear at a public library branch on the Far South Side or be arrested, he "laughed it off."

During his testimony, former-U.S. Attorney Fitzgerald smiled at the jurors when he was asked whether he owed Phillips $100 billion.