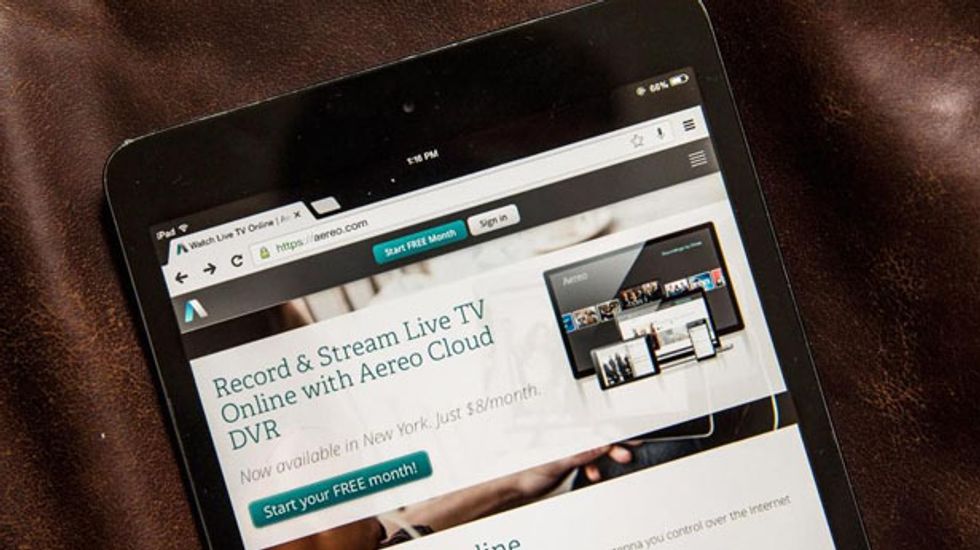 A startup which captures over-the-air television for Internet viewing violates copyright laws, the US Supreme Court ruled Wednesday, in a major case affecting the tech sector and TV industries.

The court ruled 6-3 that Aereo illegally retransmits broadcast signals, despite the claim that its tiny personalized antennas merely allow customers to watch or record what would be free TV programs.

Justice Stephen Breyer wrote in the majority opinion that Aereo effectively operates like a cable company and must therefore pay for broadcast rights.

Breyer said on the bench that Aereo's activities "infringe the (television) networks' exclusive right to publicly perform their copyrighted works."

The decision is a major victory for the broadcast and cable industries, which said that Aereo was threatening their business models.

Breyer said the case "makes clear that Aereo is not simply an equipment provider" but that its "activities are substantially similar to those of the (cable) companies."

"Aereo sells a service that allows subscribers to watch television programs, many of which are copyrighted, almost as they are being broadcast," he wrote in the opinion.

The top US court reversed a lower court decision in favor of Aereo, and sent the case back for further proceedings.

At stake are billions of dollars in fees paid by cable and satellite firms, which Aereo circumvents, in what could be the most significant copyright case in decades.

Aereo, which is backed by media mogul Barry Diller, launched in early 2012 in the New York area and was immediately sued by the major broadcast networks -- ABC, NBC, CBS and Fox -- for copyright infringement.

The company, which is expanding to other cities, says its actions are legal because it is not rebroadcasting, but giving subscribers a personal antenna in its New York warehouse that enables them to watch live TV or record it for later viewing.

The nine justices struggled with the case because of concerns that a ruling against Aereo could hurt other kinds of Internet firms, notably cloud service providers which store content for later viewing.

Breyer wrote however that "we cannot now answer more precisely how... (the decision) will apply to technologies not before us."

He added that questions about cloud computing will need to await a separate case.

In a dissent, Justice Antonin Scalia said that Aereo merely providers a convenient way for Internet users to access what would be free broadcast television.

"Unlike video-on-demand services, Aereo does not provide a prearranged assortment of movies and television shows," Scalia wrote.

"Rather, it assigns each subscriber an antenna that -- like a library card -- can be used to obtain whatever broadcasts are freely available. Some of those broadcasts are copyrighted; others are in the public domain.

"The key point is that subscribers call all the shots."