Watch: Man with cerebral palsy calls out faith healer as a fraud before congregation 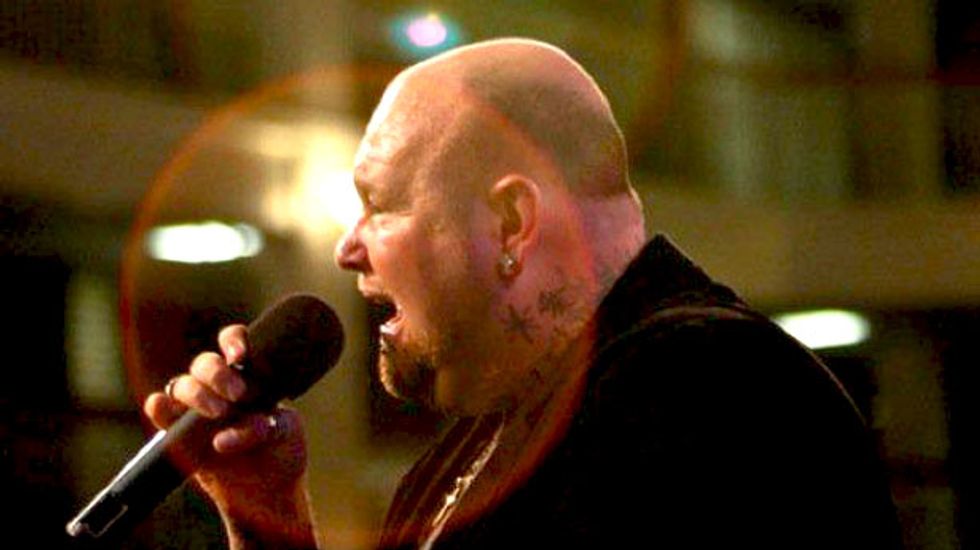 Invited to testify before a revival in Tulsa, Oklahoma, a wheelchair-bound man with cerebral palsy called out a faith healer, labeling him a "worker of iniquity."

Justin Peters, who runs Justin Peters Ministries in Oklahoma, attended a crusade held by Lakeland, Florida-based, faith healer Todd Bentley (pictured above) intending to call out the traveling minister over what he believes to be deceptive healing practices.

In video posted on YouTube, Peters can be seen taking the microphone and quoting from Matthew 7:22 which addresses false disciples of Jesus.

“And Jesus will look at them and will say, ‘I never knew you. Depart from me, you workers of iniquity,'” Peters said. “This man is a worker of iniquity.”

Standing next to Peters and facing away from the camera, Bentley asked “Which man?”

“You.  He preaches....” Peters answered before Bentley took the microphone away.

As Bentley's associates attempted to hustle Peters off of the stage, Bentley blesses him while admonishing him not to hit him with one of his crutches.

"God bless you. This is a true promise though. This is a-- don't hit me with your crutch," Bentley said. " I'm just trying to bless you, why thank you sir. I'm not giving you my anointing because I have nothing to give."

The heavily-tattooed Bentley then exhorts the crowd to text 67076 and leave a message and get on his mailing list, before saying acknowledging Peters' words calling them "a true scripture."

According to Christian News, Bentley has a troubled past as a minister, stating that he has been known to become violent during sermons while attributing his actions to God.

“And I’m thinking, why is the power of God not moving? And He said, ‘Because you haven’t kicked that woman in the face,’” Bentley said during a revival, which was captured on video. “And there is this old lady worshiping right in front of the platform and the Holy Spirit spoke to me. The gift of faith comes on me. He said, ‘Kick her in the face with your biker boot.’”

“I inched closer and I went bam! And just as my boot made contact with her nose, she fell under the power of God,” Bentley told the laughing crowd.

According to Christian News, the woman was a senior citizen who was fighting cancer.

Bentley has a colorful history including drug addiction and sexual assault on a 7-year-old boy when he was fifteen.

Following a 2008 ABC News segment on the veracity of his healing claims,  as well as accusations of adultery and heavy drinking, Bentley took four months off off for a "restoration" before returning to the evangelical revival circuit.

Watch the video below uploaded to YouTube by Stefan N.