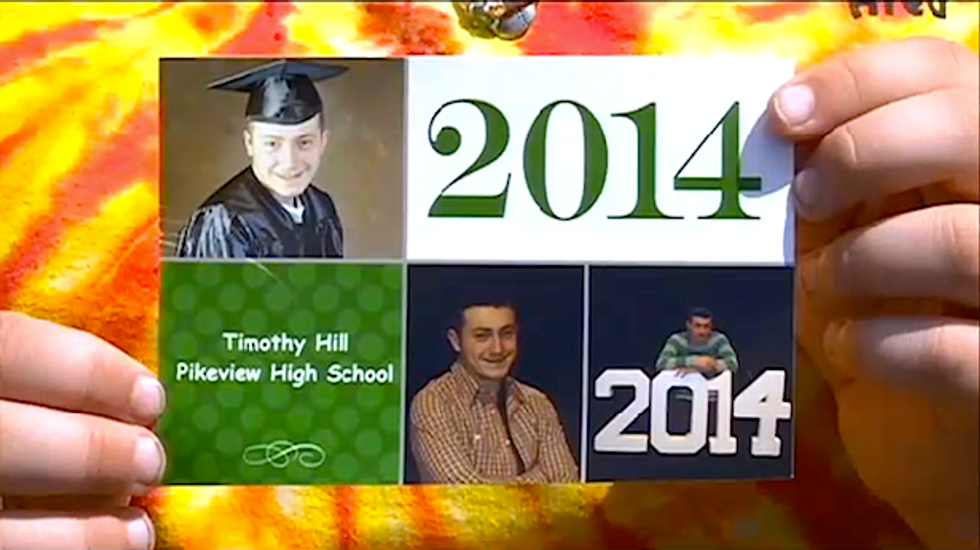 A West Virginia woman told a sheriff’s deputy four months ago that a state trooper who lives nearby had been harassing her 18-year-old son – who was shot to death last week by the trooper.

Michelle Hill said she spoke with a Mercer County sheriff’s deputy months ago, after state Trooper B.D. Gillespie became angry at her son, Timothy Hill, because he had been riding his motorcycle in front of the trooper’s home.

Gillespie shot the teen to death during a struggle Thursday, police said.

“Oh wow, I didn’t know that was the same kid,” said Deputy Joe Parks, when reminded of Hill’s concerns during an interview with The Charleston Gazette.

Parks said he told Michelle Hill to speak to Gillespie’s superiors, saying state troopers and sheriff’s deputies typically did not interfere with one another.

But the woman said she was afraid doing so would make things worse for her son, who had bipolar disorder.

“I figured he would try to arrest him over something stupid once he turned 18, or try to beat him up,” Michelle Hill said. Her son turned 18 on May 14.

“That’s kind of what I was expecting,” she added. “I didn’t know he was going to kill my son right in front of my house.”

Gillespie said he awoke to find three men tampering with his personal vehicle and state-issued cruiser parked in the driveway.

He went outside dressed in his uniform and got into the cruiser to look for the men, who he found walking about a quarter mile away from his home.

Gillespie said Timothy Hill became belligerent and refused to place his hands behind his head, and the other two men left.

The trooper said he tried to arrest the teen on obstructing charges, but he said Timothy Hill began fighting with him.

Gillespie sprayed him with pepper spray and struck him with a baton, and the two began fighting.

A neighbor jumped in to help Gillespie, and the three men rolled into a deep culvert.

“I don’t know if they slipped and fell, but Timmy was on top,” said neighbor Clark “Casey” Crews. “I asked [the trooper] three or four times if he needed help. He said, ‘Get him off me.’ I grabbed Timmy’s arm and we all fell in the water. Mace must have went off; I couldn’t really see. We continued to struggle. I saw the officer stand up. Timmy was still struggling. It happened so fast, I’m just glad I didn’t get shot.”

Crews said Friday during a television interview that he had started walking back up the hill when he saw Gillespie stand up.

“I figured everything was under control, and then I heard two gunshots,” Crews said.

But he said Sunday that Gillespie never got Hill under control, and he said the younger man reached toward the trooper’s belt.

Hill’s aunt, Mary Chambers, described the trooper as a “bully” who harasses other neighborhood residents.

She said Gillespire threatened to fine her $250 when she paid workers to clean up limbs and other trash from her yard, saying they were not clearing the debris quickly enough.

Michelle Hill said the trooper sits on his front porch with a radar gun, yelling at teenagers who ride all-terrain vehicles in the street.

She said Gillespie had also complained about her family’s trash after pickup was delayed due to snowstorms, threatening to write a ticket.

Scientists who conducted new research into the future of coral reefs on Wednesday called for swift action to save the "diverse and valuable ecosystems."

"The fact that we're going to see these changes by 2050 is a strong wake-up call."

US President Joe Biden met with Florida Governor Ron DeSantis on Wednesday to assess the devastation from Hurricane Ian, and stressed the need for a united federal and state effort for the lengthy recovery ahead.

Biden, a Democrat, and DeSantis, his potential 2024 Republican presidential rival, have clashed over multiple issues including COVID-19 vaccines, abortion and LGBT rights.

'This whole family values ruse is busted': Former RNC chair says GOP has 'exposed their own lie'​ about abortion

A woman has come forward to say that Walker paid for her abortion, and she subsequently revealed that she has a child with the former NFL star after he denied her claims, but Steele told MSNBC's "Morning Joe" that he can't imagine a scenario where Republicans abandon his campaign.