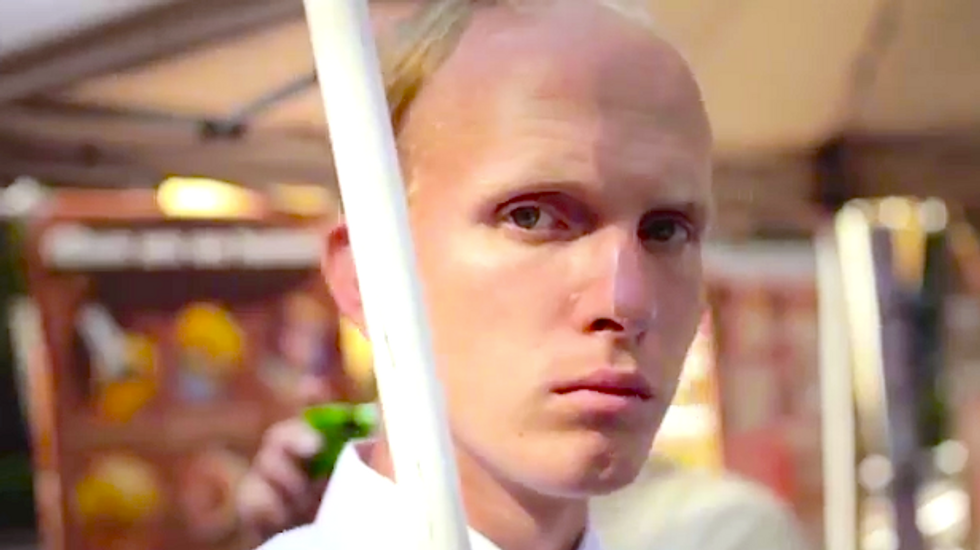 The anti-abortion activist father of a pair of wanna-be reality TV stars disrupted the services of a Unitarian church Sunday while the congregation was honoring a member who had died.

Members of Flip Benham’s Operation Save America group delivered an impromptu sermon while the congregation at First Unitarian Universalist Church of New Orleans was observing a moment of silence, reported the Uptown Messenger.

“Into that sacred silence, a voice began to speak, and it began to speak about ‘abominations,’” said Rev. Deanna Vandiver, who told the Uptown Messenger that the protesters shouted that their church was not a true faith. “Literally in our most tender and vulnerable space, religious terrorism began.”

Operation Save America, which grew out of the Operation Rescue movement tied to the assassination of Dr. George Tiller, described the church as a “synagogue of Satan” for its longstanding support of reproductive rights.

“During an open ‘meditation’ time, Deanna (Waller) shared the Word of the Lord,” the anti-abortion group said on its website. “When the female ‘pastor’ took issue, Deanna reminded her that, ‘It would be better for him if a millstone were hung around his neck, and he were thrown into the sea, than that he should offend one of these little ones’ (Luke 17:2).”

Vandiver invited the protesters to stay if they would do so respectfully, and church leaders escorted out the most vocal protesters.

“I think we were an easy target, because we’re literally just a few blocks down the road from where they’re building this (Planned Parenthood) clinic,” Vandiver said. “But we are not interested in being terrorized. Freedom of speech does not trump freedom of religion.”

About 55 protesters from Operation Save America joined hundreds of other anti-abortion activists in New Orleans to protest the Planned Parenthood clinic, saying they were encouraged by a new Louisiana law that will likely shut down three of the state’s five abortion clinics after it goes into effect Sept. 1.

"We're trying to shut the place down because God gives life and God takes life,” said protester Richard Fegan outside a clinic in Metarie. “This place is trying to be God."

“My kids are scared,” said a neighbor of one of those physicians. “It’s all these ugly pictures. They’re talking on the loudspeaker. I try to speak to them civilly, and it’s very difficult to do, because they’re looking for a confrontation.”

New Orleans Mayor Mitch Landrieu issued a proclamation Sunday welcoming Operation Save America to the city, as most groups are that apply for such a certificate, but his office said Tuesday the ceremonial proclamation was issued in error.

Operation Save America was founded as Operation Rescue in the 1980s by Randall Terry, but Benham changed the militant anti-abortion group’s name in 1999 after taking over as national director.

Benham is the father of anti-LGBT twins David and Jason Benham, whose proposed HGTV reality show was scrapped after their views on abortion, homosexuality, and other issues were publicized.

The elder Benham was convicted in 2011 of stalking a North Carolina abortion provider by distributing “wanted” fliers with photos of the physician, his home, and clinic.