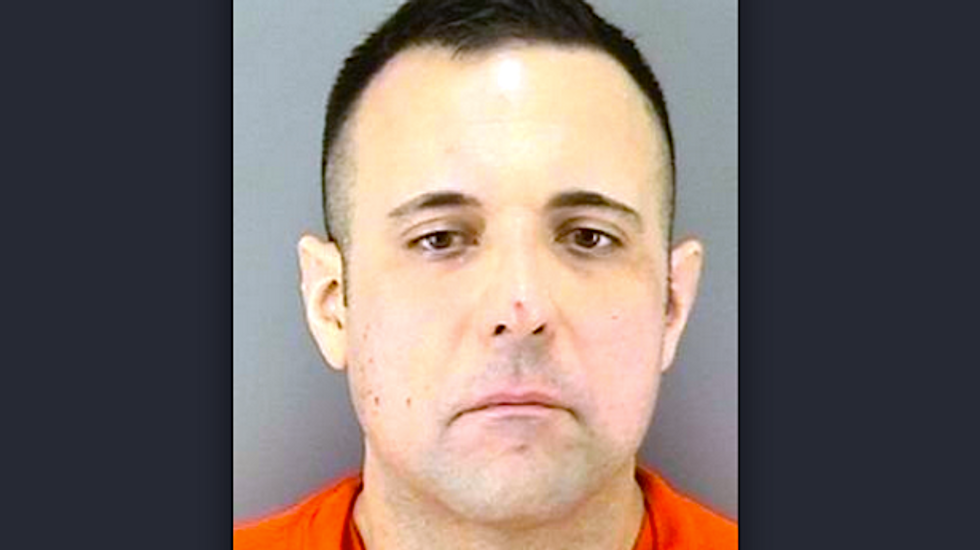 A California security guard posed as a police officer to force at least two Central American men to engage in sex acts with him, authorities said.

Investigators said Bugai then took at least two men back to his home, where he sexually assaulted them.

"There were some handcuffs that were involved and he would threaten the victim that if he were to contact police, there would be retaliation and or deportation," said Officer Albie Esparza, of San Francisco police.

Authorities charged Bugai in two cases dating to 2008, but police suspect there may be additional victims since then.

Court documents show Bugai was prosecuted in 1999 in Michigan for impersonating a health care professional.

A judge set bond at $2.1 million in the case, which carries a possible life sentence if Bugai is convicted.

"This is a nightmare scenario if I've ever heard of one,” said Alex Bastian, a spokesman for the San Francisco County District Attorney's Office. “You have a person who's purporting to be a law enforcement officer and he's kidnapping people, allegedly."

Bugai’s landlord described him as a pathological liar, saying he has been involved in a two-year legal battle with the suspect over unpaid rent and other disputes.

"Put an ad out for a room for rent and you never know what you're going to get," said the landlord, who spoke on the condition of anonymity. "My wife's Latin-American. He sent an email saying that he condoned killing all illegal aliens. He would harass all the other tenants, like verbally."

The landlord also said Bugai threatened to arrest him once during a dispute.

“I asked him, 'How could you arrest me- you're not even a police officer,'" said the landlord. "We were in the process of evicting him, and now he's in jail. So obviously, hopefully, he's not coming back, and we'll get resolution from that."

Bugai also clashed with neighbors and filed at least four restraining orders against some of them, who he accused of using homophobic slurs against him.

He also filed a complaint with San Francisco's Human Rights Commission claiming that his landlord had harassed him due to his HIV status, but the commission ruled against Bugai in December.

A longtime Bayview District resident described Bugai as “irrational” and said he frequently picked fights with people on the streets.