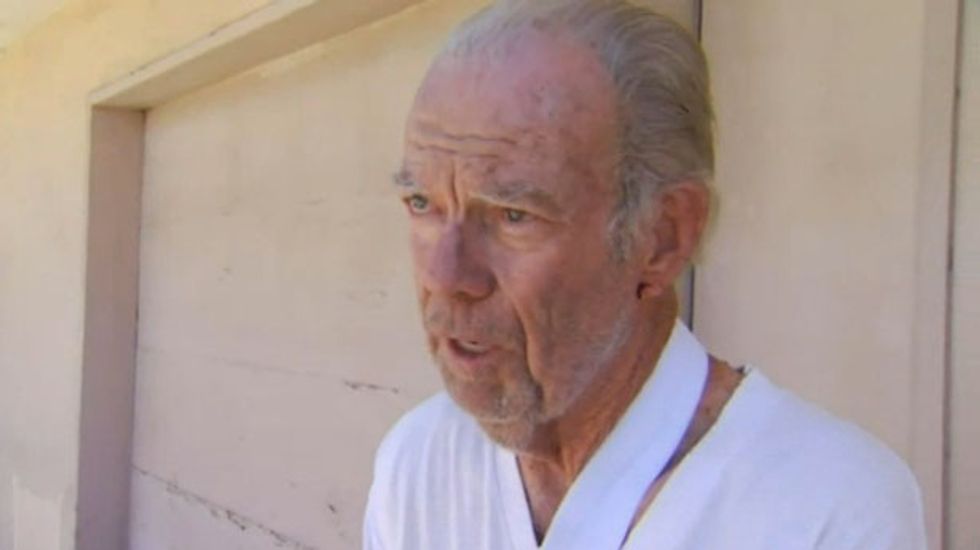 An 80-year-old Long Beach man could be facing charges after admitting he shot a home intruder twice in the back, killing her, as she ran away and despite the fact that she told him she was pregnant.

Tom Greer returned to his home Tuesday to find it being ransacked by a man and a woman.

"I walked in on them," Greer told KNBC. "And they jumped on me in the hallway."

Greer said that he was tackled and thrown to the ground but managed to get his .22-caliber revolver and confronted them as they ransacked a safe containing cash.

Seeing the gun, the couple ran out of the house and started down an alley.

"The lady, she couldn't run as fast as the man, so I shot her in the back twice," Greer explained. "She's dead, but he got away."

According to NBC4 legal analyst Royal Oakes, authorities will have a lot to consider as they contemplate pressing charges.

"On the one hand, a frail man in his eighties, he's been attacked in his own home by intruders, he has a right to self defense," Oakes explained. "On the other hand, he did shoot a person who was trying to get away, so he wasn't in imminent danger himself, and the law says you can't shoot somebody under those circumstances."

Greer, who suffered a severe shoulder and collarbone injury in the altercation, says he has no regrets about the shooting, "I shot her so that's going to leave a message on his mind for the rest of his life."

Police who are investigating the shooting have not located the man who escaped.

Watch the video below from  KNBC-TV: